A regional daily said a last goodbye of one of its patch’s most famous residents with a special edition.

Extra staff were brought in by the Cambridge News to cover Professor Stephen Hawking’s funeral, which was held on Saturday.

Both the News and rival weekly the Cambridge Independent had run specials following the renowned physicist and cosmologist’s death last month. 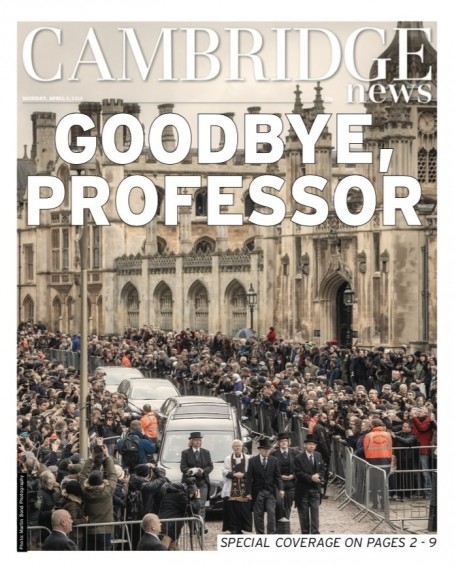 Editor David Bartlett told HTFP: “When Stephen Hawking’s funeral details were announced we knew there would be a big turnout on the day, and so it proved.

“We had extra staff working on the day, so we could give our coverage the depth and breadth such an occasion requires.

“We liveblogged the day and published a number of stories across the day. Anyone who was working on Saturday was dedicated to our Stephen Hawking coverage.

“The team did a fantastic job in making sure our coverage reflected the love Cambridge has for Prof Hawking.

“When it came to deciding the front page for Monday’s paper, it had to be a picture that showed just how large the turnout was – seeing a crowd of that size on King’s Parade is a very rare event.”