A former daily newspaper reporter describes as a “consummate journalist” has died aged 78.

Tributes have been paid to Mike Ackroyd, who worked for his hometown paper the Hull Daily Mail during a 60-year career in journalism.

Mike, pictured, began his career as a trainee sports reporter on the Mail in 1957, and later went on to found his own press agency in the city.

He also ran a PR agency with his daughter Catherine from 1996 until his death last month. 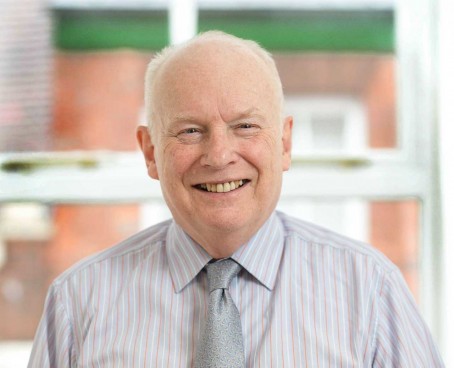 Former Mail colleague Brian Lavery said: “Mike was my friend and mentor from back when I thought I knew more than I actually did – right up until now.

“He helped edit my books and was always ready with wise advice. He got me my first shift on a national in the 80s subbing at the Daily Star in Manchester when I was just 24. I always sought his counsel and his company. He helped many in their careers across his sixty years in press and media. He was consummate journalist.

“He was a great friend and a brilliant storyteller with a fantastic sense of humour. For more than 35 years we met each Friday in the Old Custom House bar and before that The George pub in Hull’s Old Town area. He often joked we had put the landlord’s kids through college – and paid for his Merc.

“I have never heard anyone speak ill of Mike, which in our business is achievement enough. But Mike had three truly great achievements. He married one and fathered the other two. He was devoted to Carol, Catherine and Hermione and never tired of regaling us about his grandkids. I was honoured to call him my friend and I will miss him more than I can say.”

Roy Woodcock, another contemporary of Mike’s, added: “Mike was a member of what I would consider as the last great subs’ bench at the Hull Daily Mail when I moved across from news reporters around 1975. Working alongside him was the best education a ‘newbie’ could wish for; it was as if you learned by osmosis.

“I only saw and shared memories with Mike at the Hull Daily Mail reunion earlier this year; he was still on great form and it provides a great lasting memory to have. To paraphrase a favourite song of mine: He was a proper journalist of the Mr Ackroyd kind.”

And former Mail assistant news editor Stuart Russell said: “Mike was a superb journalist and his creative design work on a wide variety of publications was widely acclaimed. He always gave the impression of loving life and living it to the full. He was a great character highly respected by all who knew him.”

Mike died suddenly at his home in Rowley, East Riding of Yorkshire, on 31 August. His funeral will be held at St Peter’s Church, Rowley, at 1pm on 25 September, with a wake at Rowley Manor.