The press watchdog has rapped a regional daily after it used a series of “ambiguous” posts from a council’s official Twitter channel as the basis for a story.

The Independent Press Standards Organisation has ruled the Birmingham Mail failed to take care over claims a company been fined for “fly-tipping” when it had not been able to rely on any contemporaneous report of what was heard in court in relation to the matter.

The Mail’s story reported Ejaz Iqbal’s company had been prosecuted as part of a Birmingham City Council “crackdown”after “dumping huge piles of waste”, adding council officers had searched this “fly-tipped waste” and found links to his firm.

But the story prompted Mr Iqbal to complain to IPSO about the article, which had also reported the content of a series of tweets issued by the council in relation to the matter. 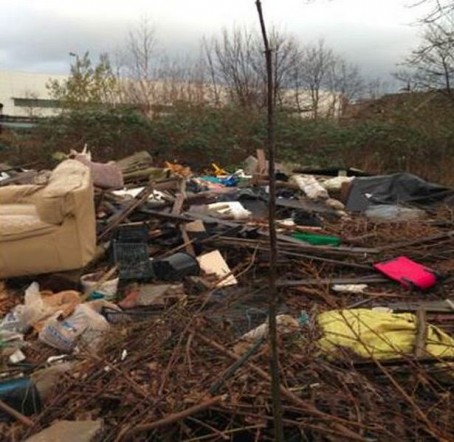 IPSO upheld the complaint, saying the Mail had given a misleading impression as to the charges to which the company had pleaded guilty.

Complaining under Clause 1 (Accuracy) of the Editors’ Code of Practice, Mr Iqbal said his business had not been fined for “dumping piles of waste”, and the court proceedings had related to the production of documents relating to the disposal of waste, not to fly-tipping.

He added the business had neither been charged nor convicted for fly-tipping, and that it was therefore inaccurate to state that it had been fined in relation to such a charge.

Mr Iqbal further complained that the images included in the article were misleading because they did not relate to the court proceedings, adding he believed it was inaccurate to say the waste was collected by a “mystery man”.

He provided IPSO with a charge sheet which indicated that the charges against his company had related to failing “to secure on the transfer of waste that the transfer was to an authorised person… contrary to section 34(1) and (6) of the Environmental Protection Act” and to failing to comply with a demand issued under section 35 requiring it to supply written information of how it was disposing of its waste, contrary to section 34(6).

The Mail said that the article had been based on a string of tweets published by the council, including one which stated that “Fly-tipped waste that was found to be linked to a #Brum building merchant has led to the firm being hit with a £10,500 fine after a prosecution by the city council”.

The council had also tweeted that “officers from the…Waste Enforcement Unit searched flytipped waste on Aston Lane in Aston. Cardboard and plastic waste was found and identified as linked to [the complainant’s company]”, and the Mail claimed that, in these circumstances, the article was not significantly inaccurate.

It said that the images included in the article had also been published by the council as part of the Twitter thread, and did not therefore give a misleading impression, while the council’s tweets had described the waste being collected by an “unknown man”.

Although it denied any breach of the Code, the Mail added that it had amended the article’s headline in response to the initial complaint.

IPSO found the Mail had based its claims that the company had engaged in “fly-tipping” and had “dumped” what was described as “huge piles of waste” on the city council’s tweets on the matter.

The tweets had been ambiguous, in that they had made clear that the waste was “linked” to the complainant’s company, but had not stated that the company itself had “dumped” the waste.

The Committee said the Mail had not been able to rely on any contemporaneous report of what was heard in court in relation to the matter, to support its claim that the company had itself dumped the waste, and therefore there was a failure to take care over the claims that Mr Iqbal’s company had been fined for “fly-tipping” and had “dumped” the “huge piles of waste”.

However, IPSO found no wrongdoing on the Mail’s behalf over the photos used or the use of the term “mystery man”.

IPSO found a clarification offered by the Mail had addressed the inaccuracy in the article, and had been offered with sufficient prominence and promptness, meaning no further action was required.