A regional daily has produced a special magazine charting the 125-year history of a football club on its patch.

The Oxford Mail’s commemorative publication marks the 125th anniversary of Oxford United’s formation under the club’s previous name of Headington.

The 124-page publication charts the history of United and features the big games, key moments and legendary figures, as well as a host of pictures from the Mail’s archive.

Among those to contribute was former player Ron Atkinson, pictured. 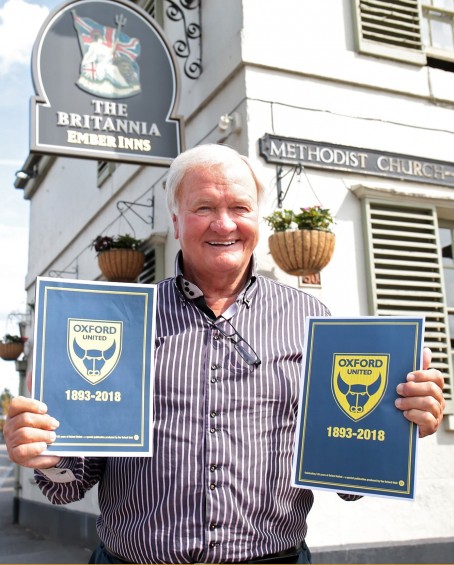 Every page of the magazine will carry a 30-word statement from a fan or former player on what the club means to them, and supporters are being urged to submit their entries online.

Mail sports editor Mark Edwards said: “We really believe it is a must-read for United supporters.

“We have spent months going through every detail of the club’s history, picking out the best bits to ensure the magazine is packed with information – a lot of which will be new to many fans.”

He added: “As well as promotions, relegations, cup runs, takeovers and cracking photos, there is also a special interview with the legendary Ron Atkinson, who picks his all-time greatest United XI.

“That section is sure to get U’s followers talking, because I’m certain not all will agree with his choices.”

Fans can pre-order the magazine now will for £5, with £1 from every sale going to United’s academy.

It will also be sold at the club’s home ground the Kassam Stadium before United’s home game against Shrewsbury on Saturday 27 October – 125 years to the day since the club’s official formation.