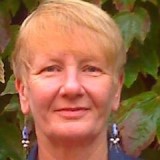 A regional daily has made its features editor redundant as part of a revamp of the department’s output.

The Worcester News has confirmed that Cathy Anstey, pictured, has left the newspaper after three-and-a-half years in the role.

Editor Michael Purton said the move has been made in a bid to “increase the amount of news articles in each edition of the newspaper.”

HTFP reported earlier this week how freelance writer John Philpott’s column for the News had come to an end after 22 years as part of the same revamp.

Cathy first worked for Berrows Newspapers in 1978, as a journalist and sub-editor, and has since switched frequently between working in the regional press and public relations roles.

Her career has featured stints at the Gloucestershire Echo, where she served as acting news editor and acting chief sub-editor in separate spells with the Cheltenham-based title, and at the Ludlow and Tenbury Wells Advertiser, where she was news editor.

She joined the features department at the News in 2015, having previously worked as a senior journalist there from 2005 to 2008.

Cathy’s PR career has involved spells at both Worcester City Council and Malvern Hills District Council during 2012, and with West Mercia Police from 2013 to 2014.