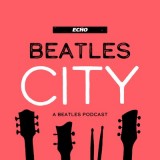 A regional daily has launched a new podcast series about its patch’s most famous musical export.

The Liverpool Echo has announced the launch of Beatles City, which will explore the story of The Beatles over the course of 10 episodes.

The podcast features interviews with those who were there at the birth of the Merseybeat music scene and played a part in the group’s rise to fame, as well as those with a unique insight into the time.

Among those to appear on the series will be Pete Best, who was initially the band’s drummer before being replaced by Ringo Starr.

Laura said: “Creating Beatles City has been a real labour of love. I’ve been a fan since I was a child and hearing the stories of the band’s early days directly from those who were there has been a huge treat.”

Ellen added: “People in Liverpool have a different relationship with The Beatles than anywhere else. The place names that have become famous thanks to their songs are part of our everyday lives. It makes us uniquely placed to tell these stories.”