A new magazine has been launched by a regional daily with the aim of enhancing its patch’s reputation among business leaders.

The quarterly publication, launched under the name Q1, has been brought out by the Teesside Gazette.

The Middlesbrough-based daily says it wants the magazine to provide an “opportunity for businesses to talk to each other, sharing knowledge and skills and enhancing the region’s reputation”. 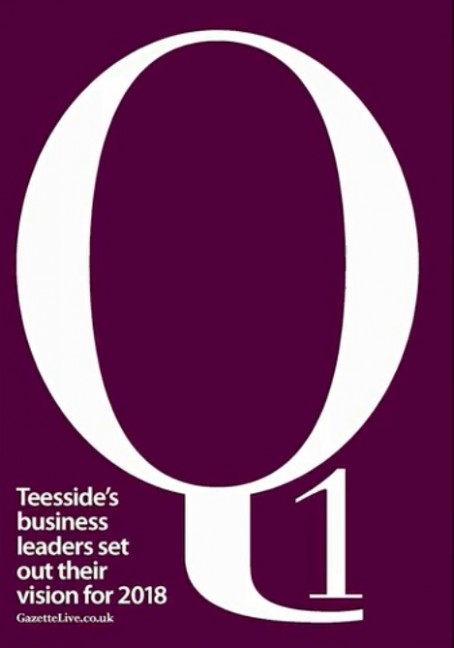 Gazette editor Chris Styles said: “It is full of influential people talking positively about Teesside, giving a joint message that shouts loudly and proudly about what we are doing here and we are making sure the magazine is distributed to Whitehall and to our MPs to take that message as widely as possible.”

Speaking at the event, Mr Houchen added: “It is something Teesside has needed for a long time – a substantial, in-depth focus on what we are doing in the region.

“Q1 goes to the heart of the natural optimism we have here among the businesses, people and communities. We have been buffered from pillar to post, but while we always need to accept the importance of the challenges we face, we also know that Teesside can hope for much more and help families here live a life to be proud of.

“We are still naturally cautious about bragging or being egotistical about what we are achieving – but we need to do that, because there are so many remarkable businesses out there. This new magazine from The Gazette allows businesses the excuse to talk about the brilliant things they do.”