A regional daily is bidding to save its patch’s history by reviving more than 30 historic buildings which have fallen into disrepair.

The Grimsby Telegraph is running a campaign called ‘Stop The Rot’, along with sister website Grimsby Live, and has identified a “watch list” of 33 buildings on its patch in need of “urgent action.”

The include structures at Grimsby’s historic docks such as the Kasbah and the Ice Factory, as well as venues including disused pubs, cinemas, churches and schools.

A Facebook group has also been set up to enable readers to highlight other buildings they would like to see preserved. 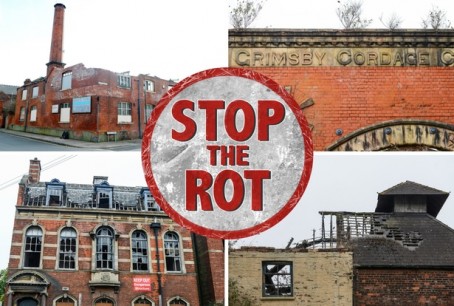 An editorial explaining the campaign states: “Time is running out to save Grimsby’s history. Grand structures testifying to our town’s mighty past and hidden gems holding memories of days gone by are at risk of being lost forever.

“Their slow slide to complete dereliction is underway and Grimsby Live is today calling for urgent action as we kick start our Stop the Rot campaign.

“Our exclusive watch list of 33 buildings, structures and areas in need of urgent action covers every corner of North East Lincolnshire and every industry.”

He told Grimsby Live: “I have seen first-hand in Grimsby the fantastic, historical buildings that as you have identified, because of historic underinvestment, may be under threat.

“I think it’s a great idea, that Grimsby Live has come to band the people of Grimsby together and to say ‘look, we should be proud of the Kasbah, proud of the Ice Factory’ – and I know they are.

“We need to bring people together to look at saving and preserving that unique heritage of that fantastic town.”