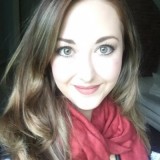 A regional daily journalist whose investigation into a restaurant’s ‘pay-to-work’ practices prompted protests and boycotts has spoken about the issue in Westminster.

Bristol Post reporter Bronwen Weatherby, pictured, was invited to take part in a panel discussion in the House of Parliament after her original story brought the matter to the attention Bristol North West MP Darren Jones.

In January, Bronwen’s investigation revealed staff at the Bristol-based Aqua Italia restaurant were having to pay a three per cent levy on every table they served – effectively meaning staff “pay to work”.

Some people in Bristol threatened to boycott the seven-restaurant chain as a result, while dozens of people protested outside an Aqua Italia branch.

After reading the story, Mr Jones secured a Westminster Hall debate on the ‘regulation of tipping practices in the hospitality sector’, with the panel debate at which Bronwen spoke following.

In a piece about her experience in Westminster, Bronwen wrote: “Being the journalist who had broken the Aqua story, I was invited along to watch the debate and to take part in a panel discussion afterwards. As well as being honoured (and of course a little excited) to be able to play a part in influencing policy change, the experience was far more eye-opening than I could have imagined.

“The debate brought home the cause and effect nature of British politics, the fact that MPs are in the end, a tool of the people to make changes in the law with. Representatives stood up and spoke on behalf of their constituents who had gone to them with similar stories to Aqua so they could help improve those people’s lives.

“Even more so, the fundamental role of journalists was hammered home to me, and reinforced why I had wanted to become a reporter in the first place.

“Journalists have the responsibility with their platform to bring such subjects to regional and national attention on the behalf of the public so that politicians and public bodies have to stand up and take note – in this case, it had worked.”