Daily fined £80,000 for contempt of court over ‘severely prejudicial’ stories

A daily newspaper has been fined £80,000 after admitting contempt of court over two articles relating to separate criminal proceedings.

According to Scottish Legal News, the Daily Record pleaded guilty to contempt after publishing “severely prejudicial” details in the stories.

One of the articles in question named the accused, known as ‘A’, and printed photographs of him, while referring to the defendant as a “gang boss” and “cocaine kingpin”.

The story concerning the accused in the second case, known as ‘B’, also named him and included photographs of him as he was arrested by police, with quotes from Facebook describing as “beastie scum.” 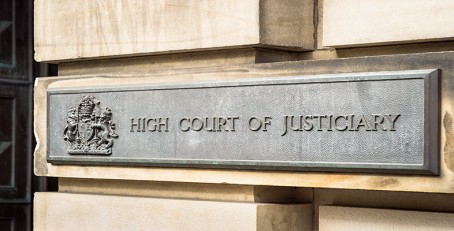 The High Court of Justiciary imposed the fine after the Record’s owners admitted that there was a “substantial risk” that the course of justice in the cases in question were “seriously impeded or prejudiced”.

Lady Dorrian, the Lord Justice Clerk, told the court that in the case of ‘A’ the terms of the article were “blatant contempt.”

She said: “The article contained details of the allegations against him that may form part of the evidence at any future trial. In addition, it revealed detailed information about his criminal history, including previous convictions and prison sentences.

“It referred to other live proceedings against him, suggesting that he had gone into hiding in connection therewith and describing him as ‘one of Scotland’s most wanted men’.”

“In the ‘A’ case, the article is one which in our view carries a severely prejudicial risk to the course of justice.

“The clear implication of the article is that ‘A’ is a dangerous, violent criminal, involved in serious violent crime, including gun crime, and organised crime.

The judge went on: “In the ‘B’ case, the editor was warned by the solicitor engaged for advice, that publication of the photograph carried a risk of contempt but nevertheless proceeded to run that risk.

“In the case of “B”, the publication of the photograph is a particularly serious matter. However, it is also the case that the article set out details of facts which might be expected to be the subject of evidence at trial, including statements made by potential witnesses.”

HTFP has asked Reach, the Record’s owner, for a comment.