A regional daily has denied a spokesperson’s claim that she was misled by a journalist who claimed to be calling her from a dockyard.

Simone Rix took issue with the Southern Daily Echo quoting her in a story about a large vehicle carrier which had become stuck after reportedly failing to follow a diversion.

Ms Rix, a spokesperson of a company which had provided assistance to the vehicle during transportation, had provided a statement about the incident to the Southampton-based Echo.

However, she claimed the Echo had breached Clause 1 (Accuracy), Clause 2 (Privacy), Clause 10 (Clandestine devices and subterfuge) and Clause 14 (Confidential sources) of the Independent Press Standards Organisation’s Editors’ Code of Practice in publishing the statement in the resulting article. 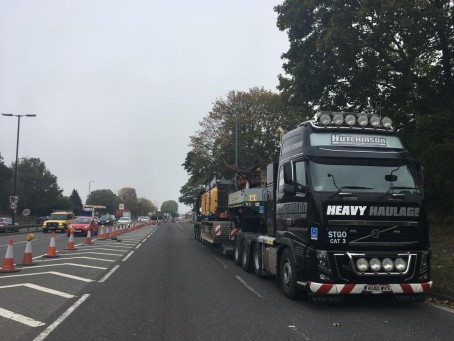 The scene of the incident in question

In her complaint to IPSO, Ms Rix claimed she had received a telephone call from someone who had claimed they were from the local dockyard, and it was only after reading the article under complaint that she realised that she had spoken to a journalist.

She believed she had been misled and misquoted because she had made clear that the vehicle was not stuck, and would be moved later in the day.

The Echo did not accept that there had been any breach of the Editors’ Code, and denied that any of its reporters would deliberately mislead anyone in pursuit of a story.

It said that the journalist had taken care to retain a shorthand note of the complainant’s comments, which were reported accurately in the article.

IPSO launched an investigation into the matter, but during the course of this the Echo offered to remove the comment which was the subject of complaint as a gesture of goodwill – resolving the matter to Ms Rix’s satisfaction.

IPSO made no determination on whether there was a breach of Code, and the full resolution statement can be read here.