A regional daily has dedicated its front page to a group of young footballers while slamming the club they play for as the “laughing stock” of England.

Blackpool daily The Gazette is urging readers to get behind Blackpool FC’s under-18s side as they prepare to play an FA Youth Cup semi-final against Arsenal tonight.

The club is currently up for sale after years of dispute about its future between supporters and owners, the Oyston family, which has resulted in a number of court battles.

Gazette journalists had also found themselves barred from more than one club event in recent years. 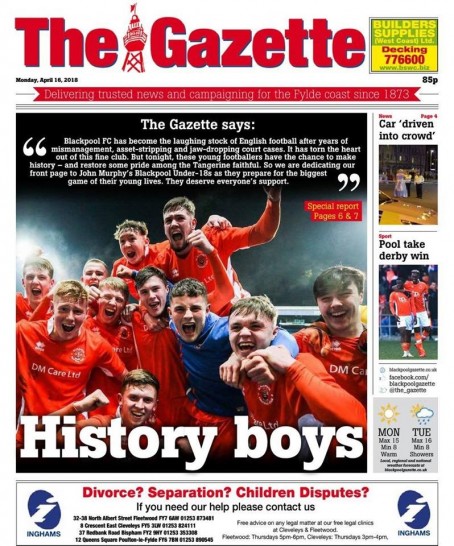 In an editorial accompanying today’s splash, The Gazette said: “Blackpool FC has become the laughing stock of English football after years of mismanagement, asset-stripping and jaw-dropping court cases. It has torn the heart of out of this fine club.

“But tonight, these young footballers have the chance to make history – and restore some pride among the Tangerine faithful. So we are dedicating our front page to [coach] John Murphy’s Blackpool under-18s as they prepare for the biggest game of their young lives. They deserve everyone’s support.”

Deputy editor Andy Sykes told HTFP: “It is fair to say Blackpool fans have been put through the wringer in recent years with all the off field antics and the club’s fall from grace.

“While the first team have defied expectations since Owen Oyston put the club up for sale, the most remarkable story is the ongoing success of the youth side.

“The difference between the haves and have-nots is even more magnified at this level. So we decided to celebrate their achievements by dedicating our front page to them today.” 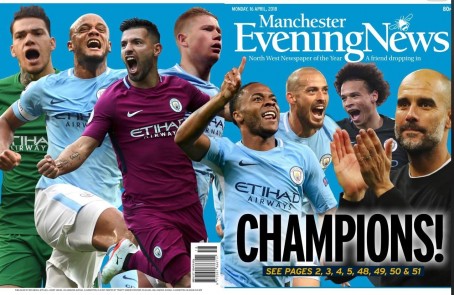