Council to take government to court over fortnightly newsletter

A council is to take the government to court as it fights to keep publishing its fortnightly newsletter in defiance of ministerial guidelines.

Waltham Forest Council has confirmed its intention to take the Ministry of Housing, Communities and Local Government to judicial review over an order to comply with guidelines restricting local authorities to publishing newsletters no more than four times a year.

According to the independent Waltham Forest Echo, the council’s cabinet has voted to begin legal action in response to MHCLG’s demand that it complies by September this year.

The authority has continued to publish its Waltham Forest News publication every two weeks in defiance of the order. 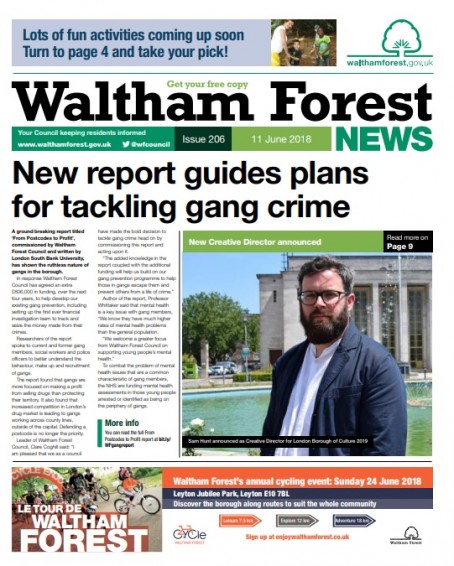 A spokesperson for Waltham Forest Council told the Echo: “The council’s cabinet decided to challenge the MHCLG’s direction to cease publication of Waltham Forest News. A judicial review will now be instigated against the Secretary of State.

“We believe Waltham Forest News provides residents with reliable coverage of local news, information and events. It reaches every household in the borough and contains a thorough guide to what is happening in the local area for residents as well as information on how residents can access services and benefits that the council provides.

“It also fulfils our legal obligations to print public notices in a fortnightly publication without having to spend taxpayers’ money on expensive advertising in the commercial press.”

In February, Echo editor James Cracknell accused MHCLG of “going soft” on both Waltham Forest and neighbouring Hackney Council after it scrapped an earlier deadline for the authorities to cease fortnightly publication of their respective newsletters.

Discussing the judicial review plan, James told HTFP: “This is an unsurprising, if disappointing, development. The publicity guidelines the council has flouted for seven years were agreed by MPs to help protect the local press from unfair competition.

“But it is clear from the rhetoric of the council’s Labour leadership that they have no care for the impact their propaganda publication has on press freedom.

“I have witnessed councillors arrogantly dismissing arguments made against Waltham Forest News in the town hall – they seem to think this is all about party politics and an opportunity to attack the Tory government – without giving a thought for how local journalism is affected. Perhaps they’ll understand after a judge explains it to them.”