A council has backed plans for a permanent memorial to Stephen Hawking following a regional daily-backed campaign.

The Cambridge News lent its support to a bid for a memorial to be set up in memory of the renowned physicist and cosmologist, who died last month.

Now Cambridge City Council has unanimously supported a motion in favour of the idea, although it is not yet known what form such a tribute would take.

The News ran several special editions following Professor Hawking’s death and his funeral, and a front page backing the campaign on Saturday. 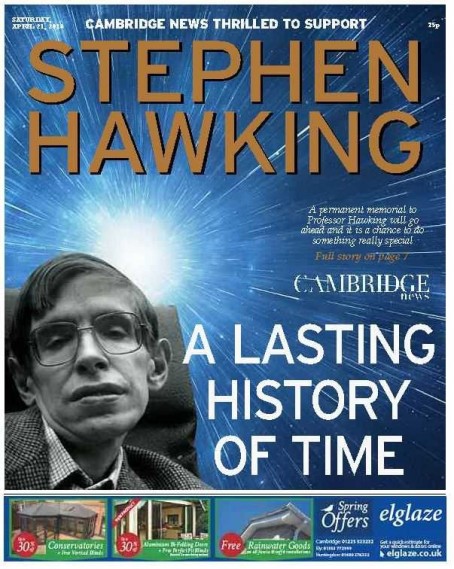 “I committed the support and involvement of the Cambridge News ahead of the vote because I believe the professor’s huge impact on the world should be recognised.

“I also believe it is an opportunity to do something truly special that can become a world-class artwork.

“We will work with the council to help ensure the public are fully consulted and has the widest possible support.”