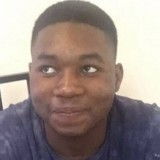 A city news website succeeded in naming a teenage murderer after a judge backed its application for reporting restrictions to be lifted.

Birmingham Live was able to name 17-year-old Amir Hussain, who killed Ozell Pemberton, pictured, by knifing him in the heart in a revenge attack.

The site, which is the online arm of the Birmingham Mail, named Hussain after he was found guilty of murder by a jury at Birmingham Crown Court following a three-week trial.

Hussain was sentenced to life at “Her Majesty’s Pleasure” and ordered to serve a minimum of 16 years.

Siding with Birmingham Live’ court reporte Ross McCarthy’s application, Judge Phillip Parker QC told the court: “It was such a serious offence that it was in the interests of justice to identify him”.

Speaking to HTFP, Birmingham Live editor Anna Jeys said: “This was an important issue raised by our court reporter, Ross McCarthy, who ran live coverage on Birmingham Live throughout this case.

“Following the verdict, Ross raised it with the prosecutor and an application was made to lift the order. Judge Phillip Parker agreed to do so due to the seriousness of the offence and as a deterrent against knife crime.

“We feel passionately about open justice and are pleased the judge agreed with us on this occasion.”

Oscar Ingram, 21, was also found guilty of murder and jailed for life. He was ordered to serve a minimum of 24 years before being considered for parole.

Michael Duck QC, prosecuting, told the court Ingram had initially swung at the victim before dropping the knife during the incident, which took place in Sutton Coldfield on 17 May this year.

Mr Pemberton had tried to retreat behind an advertising board and Hussain had then picked up the knife and delivered the fatal blow to his chest.

Both he and Ingram later handed themselves in to police.

Andrew Fisher, defending Hussain, claimed Mr Pemberton had been armed with a knife and tried to stab the 17-year-old, who had attempted to ward him off by flailing his arms.

He said: “It was the defendant who was trying to run off not Ozell Pemberton.”

But Judge Baker told Hussain during sentencing: “No-one forced you to commit this offence.”