A city news website which aimed to collect 100 tonnes of food for the poor of its patch at Christmas has smashed its target twice over.

HTFP reported earlier this month how Birmingham Live had announced a ‘Big Push’ for as part of the ‘BrumFeeds’ foodbank donation campaign, which it launched in May.

As a result of the festive drive, more than 220 tonnes of food has been collected including soup, pasta and rice as well as toiletries and baby products which will be distributed across Birmingham’s 10 foodbanks.

The ‘Big Push’ was held last Friday in the city’s Cathedral Square. 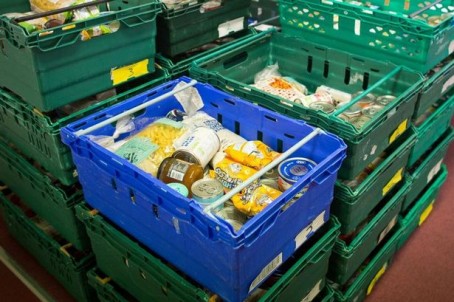 Birmingham Live editor Anna Jeys told HTFP: “We have been staggered by the generosity of Birmingham Live readers and were so pleased to announce that their kind-hearted actions helped us to double our original target.

“More people than ever are expected through foodbank doors this Christmas and many struggling families will continue to need support into the New Year.

“The #BrumFeeds campaign, working alongside The Trussell Trust, is an incredibly important project for us and we are so grateful to all those who have supported it.”

Gareth Duffield, area manager for The Trussell Trust in Birmingham, said: “For too many people in Birmingham, this Christmas will not be a time of celebration.

“Every year our network of foodbanks sees a spike in need during December, and what we’re hearing from the frontline suggests this year foodbanks will see just as many, if not more, people referred for help.

“Foodbanks across Birmingham will be working hard to provide not only essential food, but also little extras that offer hope at a time when people need it most.

“This can only be done with the support of people and businesses in local communities, so we’re very grateful for the support we’ve seen across the year through #BrumFeeds. It will make a huge difference – thank you.”