A city news website has announced a ‘Big Push’ for its ongoing food bank campaign ahead of the festive season.

Birmingham Live is calling for people on its patch to join its pre-Christmas donation drive as part of the ‘BrumFeeds’ campaign, which it launched in May.

The campaign’s ‘Big Push’ will take place next Friday in Birmingham’s Catherdral Square, with donations being accepted fro 10am to 4pm.

BrumFeeds has so far raised more than 84 tonnes of donations for the city’s foodbanks.  Overall, it is hoped 100 tonnes will be donated as part of the drive. 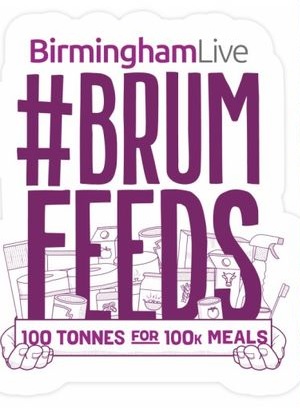 Birmingham Live editor Anna Jeys said: “People have been so generous with donations and practical support for foodbanks all over the city. This is an amazing amount of food to collect but the sad fact is that it makes just a small dent on the overwhelming need that remains.

“We really want people to keep up their efforts and continue to help all those fellow Brummies who will need to visit a foodbank this Christmas.”

The Mail, in Barrow-in-Furness, has also launched a campaign called ‘Feed Our Foodbank’ to coincide with Universal credit being introduced.

It comes after Barrow foodbank revealed to the newspaper that it was expecting a 31pc increase in demand due to the introduction of the measure, which will see six other benefits with a single monthly payment for those our of work or on a low income.

Editor Vanessa Sims said: “Making sure no one goes hungry this winter is something The Mail is passionately behind.

“Making a donation no matter how big or small can make a huge difference. This is a call to all schools, businesses and individuals to back our campaign let’s make sure no one falls through the gap.”