A weekly newspaper’s home for almost half a century has been demolished to make way for a car park.

The former offices of the Gloucestershire Gazette, in Dursley, have been dismantled and will now be bulldozed.

The Gazette was based at the Reliance House site, in Long Street, from 1966 until 2015, when staff relocated off-patch to the office of Newsquest sister title the Stroud News and Journal.

Dursley Town Council bought the former offices and printworks site for £475,000, and it will be replaced with a total of 50 long-stay car parking spaces. 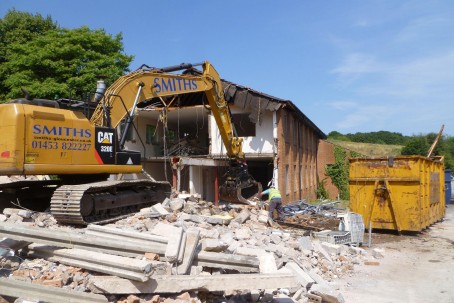 A demolition contractor began work at the site last week, and work is expected to take around four weeks to complete.

The new car park is set to open in October, in time for the Dursley Walking Festival.

“Gazette journalists, equipped with laptops and mobile phones, now work on the move, attending meetings, interviewing people and hearing their stories just as they always have.”