Budget 2018: Did Hammond get ‘warm welcome’ he wanted from regional publishers?

Philip Hammond joked he was expecting a “warm welcome” for yesterday’s Budget from regional newspaper publishers – but he won’t have been happy with some of today’s front pages.

The Chancellor made the quip yesterday afternoon as he announced the extension of a business rate cut scheme for local paper offices, which offers a discount £1,500 per building in England.

But, despite telling the House of Commons he was “assured” of a good reception by “the Royston Crow and the Keswick Reminder”, not all newspapers owned by regional publishers had the same idea.

The Glasgow Evening Times was critical of Mr Hammond with this morning’s splash, questioning why its patch had missed out on cash to help firms hit by a fire in the city earlier this year. 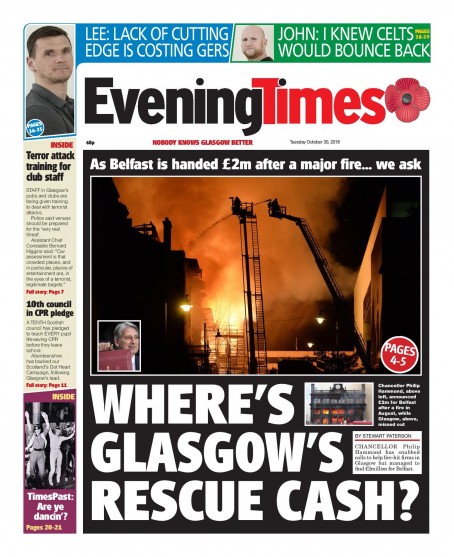 The Evening Times said the Chancellor had “ignored requests” from Glasgow businesses, despite revealing a £2 million boost for companies in Belfast which had been hit by a similarly devastating blaze.

The Evening Times’s pro-independence Newsquest sister daily The National was also critical, proclaiming with its front page headline that there would be “no end to austerity” despite Mr Hammond’s claims to the contrary in yesterday’s speech. 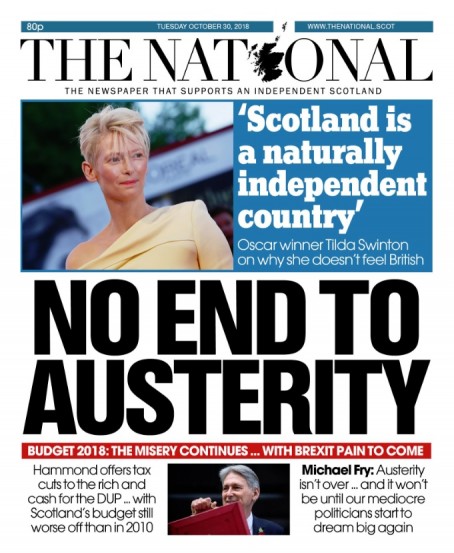 Dundee daily The Courier was more favourable in its coverage, reporting that a “dream” deal to revitalise its patch’s economy was now “set to become reality” after the Chancellor pledged £150m worth of funding for the area. 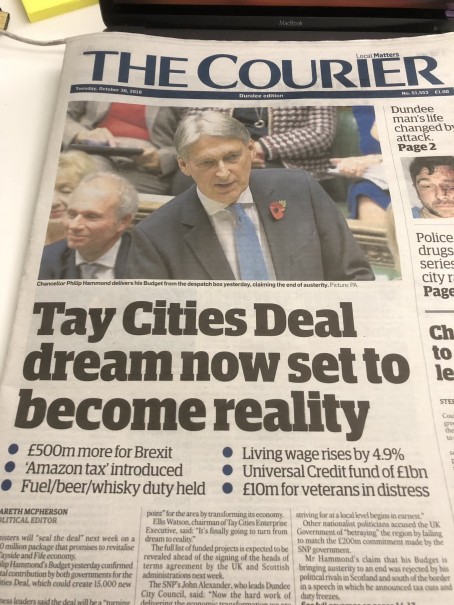 The Courier said the deal, which would also see the Scottish government give £200m, could create up to 15,000 jobs.

Johnston Press title The Scotsman took a more neutral stance on yesterday’s announcement, and offered four pages of coverage inside the paper as well as a 12-page pull-out. 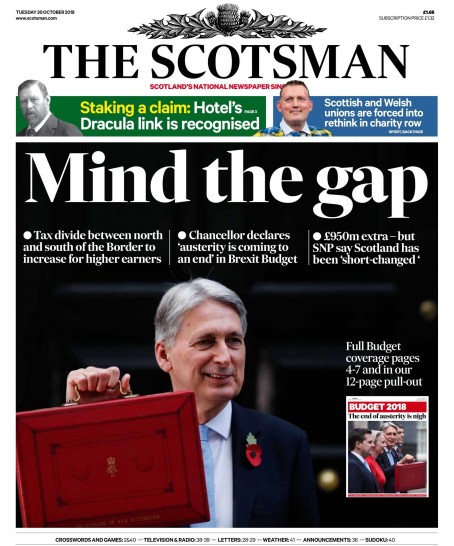 Running with the headline ‘Mind the gap’, the Edinburgh-based daily reported the tax divide between England and Scotland’s highest earners was set to increase as a result of the Budget.