BBC and local press ‘not in opposition’ says director general

BBC director general Lord Hall has underlined his commitment to partnership with the local press saying he “doesn’t see us as being in opposition to one another.’

In a speech to the Society of Editors, Lord Hall pledged that the corporation would do whatever it could to support “a strong local media landscape.”

He also criticised the over-use of the term ‘fake news’ saying it was too often used to describe “honest mistakes.”

Lord Hall was delivering the inaugural Satchwell Lecture in honour of Bob Satchwell, the former Cambridge News editor who went on to lead the SoE for 18 years before ill-health forced his retirement last year. 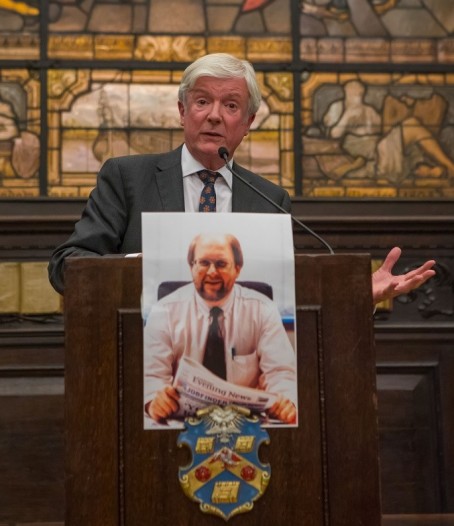 He said: “The BBC’s new Charter gives us a clear responsibility to champion freedom of expression at regional and local level. It’s a responsibility I take very seriously – and it feels especially apt to talk about local journalism this evening – when we’re together to honour Bob’s work.

“I recognise that commercial pressures on newspapers have never been so tough. Titles have merged or folded right across the country in recent years, or they’ve had to cut back on editorial content to make ends meet. Our local radio stations have had to take their share of cuts too.

“This isn’t simply a UK phenomenon. The market for local news has suffered even greater losses across the United States, where there is no publicly funded broadcaster. But I’ve always felt it right for the BBC to find ways of supporting a healthy local media ecology.

“That’s why we’ve made a commitment to partner with other local news platforms – boosting the flow of editorial content to the communities we serve. It’s a whole new way of working… and we’ve made a great start.

“Together we have established a data team in Birmingham, producing important public service journalism that’s being used across our industry…

“And we have put 126 reporters back into town halls the length and breadth of the country. They’ve filed 30,000 stories so far.

“It’s still early days – and we need to review together our successes and failures. But it’s a partnership we can all be proud of. It’s already having an impact on local democracy.

“In truth, I don’t see us being in opposition to one another – far from it. And local audiences – and local democracy – have everything to gain from a healthy BBC alongside a viable and energetic press. So I await the findings of Dame Frances Cairncross’ review with great interest, and we will do what we can to support a strong local media landscape.

On fake news, he said the label was “too dangerous for us to bandy about unthinkingly.”

“I’m sorry to say that does happen occasionally. An honest mistake – honestly admitted to – and corrected – is not the same as fake news,” he said.

“If as an industry we are serious about the virtues of our trade and the vices of fakers – wherever they are – we should refrain from using that phrase about any serious journalistic endeavour.”

The full text of Lord Hall’s address can be read here.