An award-winning broadcaster who began her career on a weekly newspaper has been voted the UK’s “most-respected” journalist and named the first ever patron of the National Council for the Training of Journalists.

The NCTJ has appointed Alex Crawford to the position after receiving the most nominations in a survey of working journalists conducted by the charity.

A five-time winner of the Royal Television Society journalist of the year award and an OBE, Alex is based in Istanbul and reports from across the region and on the biggest stories around the world.

She has previously reported from the 2011 Arab Spring, where she was the first reporter to broadcast live from Tripoli’s Green Square as rebel forces took over the Libyan capital, and won a BAFTA award in 2015 with the Sky News team for coverage of the Ebola crisis is western Africa. 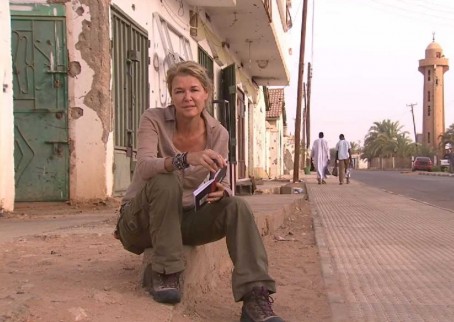 Alex, who began her career at the Wokingham Times, said: “It’s a huge honour to be asked to be the first NCTJ patron – and while I’m still struggling to understand how I’m considered anything like responsible enough to take up the position, I’m determined to do everything I can to help those just entering the profession.

“I started out as an NCTJ trainee. I was inspired, encouraged and nurtured by incredibly patient and passionate tutors as well as a larger than life regional newspaper editor who gave me a chance when no-one else would. You don’t forget seminal moments like that.”

The decision to appoint Alex as patron came after she received the most nominations from journalists who were asked which living journalist they felt most embodies the values of journalism that they respect and adhere to as part of the NCTJ’s recent Journalists at Work survey.

In a blog marking her appointment, Alex added: “My very first introduction to journalism was on an NCTJ course in Newcastle when I was just 18. Our tutors then, the estimable Walter Greenwood and Brian Marsden, used to set us naïve young trainees the task of bringing in potential stories which we were meant to have picked up on our way into the training room every morning.

“I can’t remember a single scoop or even usable story picked up by any of us but we used to delight in getting the tiniest of NIBs in the Newcastle Chronicle and Journal and my goodness that training – from shorthand, to law, to council procedure – has stood me in good stead throughout the years.

“There’s nothing quite so sobering as an angry phone call from Mrs Bloggs of Bracknell about how you’ve mis-spelled her name to clear the cobwebs of a morning. The NCTJ taught me attention to detail is important. So is the inspiration gleaned from journalists who’ve trodden the same training path or those you come across years later showing extraordinary bravery to expose abuses.”

In her role as patron, Alex will be giving talks, running workshops, writing articles, helping with fundraising events and doing all she can to highlight the importance of professional journalism and to promote the NCTJ’s values.

She will also present this year’s NCTJ Awards for Excellence at a gala dinner and ceremony to be held on Thursday 29 November at Quendon Hall, in Essex.

Kim Fletcher, chairman of the NCTJ, said: “If an Alex Crawford report doesn’t inspire you, then you shouldn’t be in journalism. This is what you can do with a good start on a local newspaper.

“Alex uses her eye for a story, applies an abiding humanity and – though she would never admit it – stirs in a big dollop of courage to bring news that matters from all around the world.”