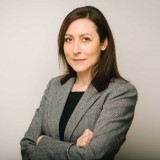 32West was launched six months ago by James Higgins following his departure from Barrow-in-Furness-based daily The Mail, where he was editor, in April.

Caroline has spent nearly 20 years in journalism having previously worked on a range of news titles in the Midlands and across Cumbria, most recently in an investigations role for The Mail and its Carlisle-based Newsquest sister daily the News & Star.

She said: “It’s a privilege to be joining 32West and to have the opportunity to use my skills to help some of Cumbria’s most respected and innovative businesses.

“The team behind 32West are ambitious and dedicated to achieving on behalf of their clients, and I’m looking forward to contributing to their continued success in the future.”

In her new role, Caroline will work on a number of accounts across the business.

James said: “We are delighted to have secured the services of such a talented and well-connected journalist.

“At 32West we are driven to achieve great things for our clients and recruiting the best talent out there is key to us delivering this.

“When the business was launched just six months ago, I never expected we would reach the point where we needed to recruit staff so quickly. But such has been the success of the venture, we now need to grow to ensure we continue to deliver for our clients.

“I’m delighted and humbled that businesses are placing their trust in us to help tell their stories.”