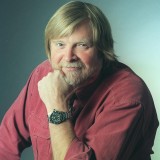 An award-winning photographer who spent 25 years working for a regional daily has died aged 72.

Tributes have been paid to George Reszeter, left, who worked for the Oxford Mail between 1983 and 2008.

George died at the John Radcliffe Hospital, in Oxford, on Friday after suffering a stroke.

He was especially well-known at the Mail for his sports photography, but also enjoyed taking pictures of wildlife and in 2016 came in the top 10 of British Birds magazine’s Bird Photograph of the Year competition.

The magazine’s editor Roger Riddington said: “George was a lovely guy: he was a big bear of a man and he was a terrific photographer. He was also a guy who would always help you.”

Born in Poland in February 1946, George moved to the UK when he was young and started working at the Oxford Mail as a news and sport photographer on Boxing Day 1983.

And on Twitter, former Mail editor Simon O’Neill wrote: “He was a brilliant wildlife photographer whose work was published worldwide and an all-round lovely bloke too. God bless George.”

Current Mail sports editor Mark Edwards added: “An absolutely great bloke and genius photographer – both of wildlife and also sport. Saw him around 6 months ago and was still in jovial mood despite not being A1. A very sad loss indeed

“After he retired he still sent in wildlife pictures to newsdesk. He would then be called by a reporter for more info and took great delight, when asked his age, in telling them he was much younger than he was. Was a running joke with him. New reporter = different age.”

Funeral details for George are yet to be announced.