Award-winning editor to step down after Trinity Mirror cuts announced 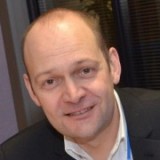 An award-winning editor is set to step down as part of a package of cuts which could see 11 journalist roles axed at the six titles he runs.

As previously reported, Trinity Mirror is set to cut 49 editorial posts as part of the roll-out of its ‘Live’ online brand across its newspaper centres in the Midlands and Bristol.

It has now been confirmed that Gary Phelps – who serves as editor-in-chief of the Tamworth Herald, Nuneaton News, Royal Sutton Coldfield Observer, Lichfield Mercury, Walsall Advertiser and Great Barr Observer – is to leave as part of the restructure.

All 19 editorial staff roles at the titles, which are published by TM’s Central Independent News and Media division, have been put at risk of redundancy, including Gary’s.

The company plans to retain eight editorial staff to work on the newspapers, to be headed by an executive editor.

In addition to the job cuts, the National Union of Journalists has claimed the Walsall Advertiser and Great Barr Observer, which merged into a single print product last year, could close, although TM has refused to confirm this.

Under Gary’s editorship, the Herald won Midlands Newspaper of the Year in 2015 and 2016.

Also in 2016, the Royal Sutton Coldfield Observer’s fight for a memorial to the victims of a 1955 rail disaster in the town was awarded Campaign of the Year at the same ceremony.

Gary began his career on the Walsall Advertiser in 1990, working his way up from junior reporter to become chief reporter and later news editor.

Eight years later, he became editor of both the Lichfield Mercury and Sutton Coldfield Observer, before taking the title of CIN editorial director in 2005.

As well as the 11 jobs at CIN, the NUJ says 16 jobs are set to go in the East Midlands, eight in Liverpool and two in Coventry.  It is unclear where the other 12 jobs will be lost.

The company has declined to comment on Gary’s departure.