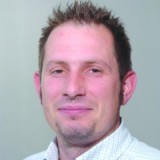 A leading regional publishing group has backed an independent newspaper which has been hit with an “outrageous ban” by a council on its patch.

Archant has lent its support to the Thurrock Independent over Thurrock Council’s decision to no longer respond to comment requests from the paper due to what the authority claimed were “vexatious and unreasonable” requests from its editor Neil Speight.

Michael Adkins, Archant’s group editor for London, says the company has offered its “full support” to Neil and the Independent, and will be writing to the council urging them to reconsider.

Archant’s backing for the Independent comes the day after the News Media Association branded the authority’s move “an attack on democracy”.

The Norwich-based publisher has today run a story about the council’s decision on the websites of its East London titles.

Michael, pictured, said: “A number of our titles are close to Thurrock and we thought it was important that we highlighted this outrageous situation so the public are more widely aware of just what a threat to democracy decisions like this are.

“By publishing an article explaining what is going on in a neighbouring local authority area we can explain to as wide an audience as possible what an affront to press freedom and people’s right to know this really is.

“Let’s not forget our councils are supposed to be answerable and accountable to the public. Any erosion of this cannot be allowed to pass and no other local authorities should think such inappropriate behaviour will pass without a fight.

“We have spoken with Neil Speight, editor of the Independent, and offered our full support and if there’s anything more we can do Neil knows we’re on hand. We will be writing to Thurrock Council urging them to reconsider this outrageous ban.”

Opposition groups on the council have criticised the move, with Labour and the Thurrock Independents describing it as “concerning” and “deeply worrying” respectively.

Councillor Rob Gledhill, who leads the authority’s minority Conservative administration, has so far declined to comment on the issue.

HTFP has approached Thurrock Council for a comment on Archant’s backing for the Independent, although the authority said yesterday it has a policy of not commenting on the specifics of individual cases.