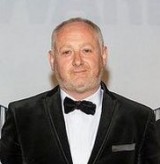 The editor the Daily Record newspaper has announced he is leaving after four years in one of Scotland’s top media jobs.

He becomes the second senior TM editor to announce his departure this week, following the Manchester Evening News’ Rob Irvine on Wednesday.

Media Scotland digital director David Dick will take over from Murray with the title of editor-in-chief (Nationals and Digital), reporting to managing director Allan Rennie.

Murray’s reign at the Record included an unprecedented three-in-a-row Scottish Newspaper of the Year awards.

Said Murray: “The decision to step down is entirely mine. I will always have a great affection for the Record. It has been a part of my life for many years.

“And while being editor of this great Scottish institution has been a massive personal privilege, the greater privilege has been working alongside the best group of journalists in Scotland.”

“I congratulate David and wish him – and all of the Media Scotland staff – every success for the future.”

David worked at the Evening Times in Glasgow before joining the launch team of the Sunday Herald in 1999 where he became sports editor then deputy editor.

In 2005 he moved to The Age in Melbourne where as executive editor (sport) he ran Fairfax Media’s coverage of the 2008 Beijing Olympics and the 2010 World Cup in South Africa.

David went on to launch The Age’s award-winning tablet edition before returning home as Media Scotland’s digital director in 2015.

David, whose new brief will also include the Sunday Mail, was also responsible for launching the standalone website Glasgow Live.

He said: “It is an incredible honour to be asked to lead the finest group of journalists in the country.

“There is no bigger job in the Scottish media and while the industry faces challenges we have an outstanding team which will ensure a bright future for our print and digital mastheads.

“My role in digital has been incredibly rewarding and we have enjoyed huge success over the past two and a half years. Long may that continue.

“Following Murray Foote as the editor-in-chief of the print titles is no small task and I know that we, as a team, can build on his success.”