‘Accomplished’ journalist who started out in regional press dies aged 50 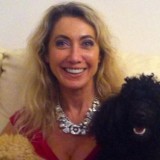 An “accomplished and hardworking” journalist who began her career in local newspapers has died aged 50.

Tributes have been paid to Amy-May Robinson, pictured, who spent 30 years in journalism in Northern Ireland before facing a battle with oesophageal cancer.

After gaining her National Council for the Training of Journalists qualifications in 1986, she started her career on the Newtownards Chronicle and later spent time at the Belfast Telegraph-owned Herald and Post newspaper.

Amy-May also worked for UTV, and more recently as a production journalist for BBC Northern Ireland.  She was being cared for in the Northern Ireland Hospice before her death on Saturday.

“She worked for BBC Northern Ireland for many years and will be deeply missed by all her colleagues.”

Broadcaster Yvette Shapiro, who knew Amy-May for almost 30 years, added: “It’s dreadfully sad news. Amy May was a highly skilled and professional journalist – and great fun. She was a joy to work with.

“I worked with her in 1987, when I worked at the Co Down Spectator, and Amy-May was at the Newtownards Chronicle, the sister paper. Amy-May was bubbly, beautiful, witty and warm – and very kind to a new reporter in her first job.

“I worked with her again some years later at the BBC, and she was just the same. She was always very calm, good natured – but very serious about her work.

“Everyone was very, very fond of her. She will be very much missed.”