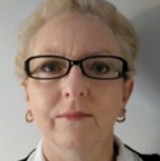 Weekly newspaper reporters have moved to a new office more than 50 miles from their current base following the closure of a sister title.

Staff working on Archant’s Kentish Times series in Ashford are now based at the regional publisher’s East London headquarters in Barking, which is around 56 miles away by road.

The company has also announced that Linsday Jones, pictured, who edits the Romford Recorder, Ilford Recorder and Wanstead and Woodford Recorder, is now additionally editor of the Times series.

The announcement comes after HTFP reported earlier this month that Archant would be closing its Kent on Sunday title, with “a number of redundancies” expected.

Chris Britcher was previously in charge of Kent on Sunday and the Times series, and has worked for Archant for 10 years.

At the time of the KoS closure, Archant chief executive Jeff Henry told staff he would aim to find roles for as many of those affected as possible across other parts of the company’s portfolio, but the publisher has yet to confirm whether Chris is still working for the business.

An announcement to readers published on the Times’s website on Friday states: “As of Monday, please note the contact details for our editorial team will be changing – and you’ll have a new editor.

“All the Kentish Times titles produced by our parent company Archant will see our reporters moving from our current office in Ashford, Kent to Archant’s London based in Barking, Essex.

“It follows the decision to close our award-winning sister title, Kent on Sunday – the last issue of which is published this weekend.

“You’ll still get the same great newspapers – but just make a note of our new details when you want to get in touch. As of Monday, the new editor will be Lindsay Jones.”

Lindsay took over as editor of the Recorder series in February following the departure of long-serving predecessor Chris Carter in a restructure at the end of last year.