The press watchdog has upheld a complaint by a surgeon against a regional daily over a story reporting that he had been banned from carrying out breast cancer operations for 15 months.

Staffordshire daily The Sentinel reported that the General Medical Council had imposed an order prohibiting Royal Stoke University Hospital sirgeon Raafat Gendy from operating on patients for 15 months after colleagues raised concerns about his practice.

However Mr Gendy said the story, headlined ‘Surgeon’s 15-month cancer op’ ban was inaccurate and gave the misleading impression that he had been subject to a complate ban. 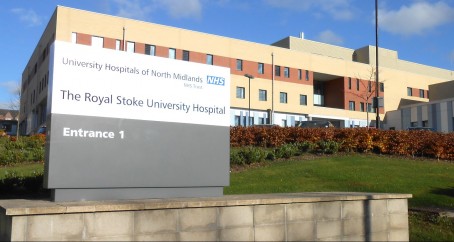 Complaining to the Indepedendent Press Standards Organisation under Clause 1 of the Editor’s Code, which covers accuracy, he said that the restriction was limited to breast cancer risk reduction surgery, which takes place on patients who do not have cancerous tissue and constituted only 0.5pc of his practice.

He explained that this was distinct from breast cancer reduction surgery, which takes place on patients who suffer from cancer.

Mr Gendy argued that the headline was not supported by the text and suggested he was completely banned from operating on patients.

The newspaper did not accept there had been a breach of the code and said the story had been based on information published by the GMC.

The newspaper argued that it was not significantly inaccurate to report that the complainant “must not carry out consultations with patients regarding breast cancer surgery”, particularly as the story went on to say that the matters in question “mostly relate to reconstruction or risk reduction surgery”.

In its ruling, IPSO said that while the newspaper had been entitled to rely on the material published by the GMC.

Nevertheless, it said, the newspaper had misreported the conditions imposed by the GMC, and as such had failed to take care over the accuracy of the article in breach of Clause 1.

“Although the article reported that “the matters mostly relate to reconstruction or risk reduction surgery”, this was not sufficient to explain the article’s claim that the complainant was prevented from carrying out breast cancer reduction surgery, which suggested that the ban was more wide ranging than it was,” said the ruling.

The complaint was upheld and the full adjudication can be read here.