Two journalists have left a regional daily and around 19 staff are set to leave a sister weekly in cutbacks at the newspapers.

The Southern Daily’s Echo’s sports editor Simon Carter has been made redundant along with one general content manager in the latest cuts to be confirmed by regional publisher Newsquest.

The loss of the sports editor role coincides with the closure earlier this month of its Saturday sports edition the Sports Pink, which ceased publication after 119 years.

In addition HTFP understands around 19 jobs are expected to go at the Isle of Wight County Press, which was purchased by Newsquest in the summer and is now part of the company’s Hampshire and Dorset division which also includes the Daily Echo. 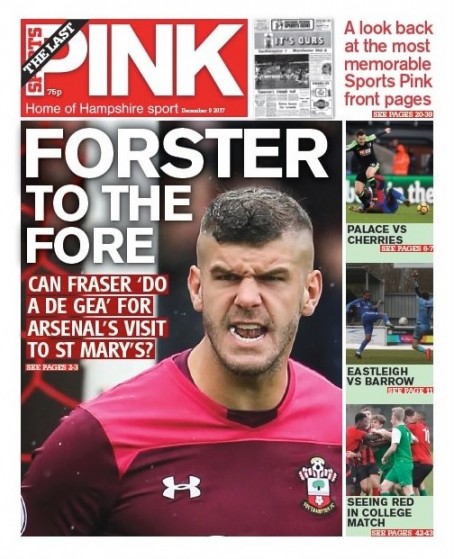 As previously reported by HTFP,  Newsquest invited staff at the County Press to apply for voluntary redundancy scheme last month.

It is understood that around 19 staff have been successful in their applications – including 13 members of its advertising production department.

Over the past month, Newsquest has made a series of job loss announcements at other publishing centres including Blackburn, Bolton, Bradford, Gloucestershire, Oxford, Wiltshire and York, with a total of 36 editorial roles set to be lost.

On Friday, National Union of Journalists members at the Swindon Advertiser, where five journalists are at risk of redundancy, announced they had voted to take industrial action over low pay.

Newsquest has insisted the announcements are individual business decisions taken locally, rather than part of an ongoing group-wide programme of cutbacks.

A spokesman for the company previously said: “We continue to look for ways to run our business more efficiently in order to ensure that our titles have a sustainable cost structure for the future.

“Due to advancements in technology, many of these efficiency savings will be made in content management and editorial production roles.

“Whilst this is regrettable, it means we can continue to invest in front line reporters and content generators which are central to the continued success of our publishing business.”