TV newsreader and beer expert to teach journalism at university 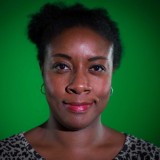 A television newsreader and beer expert is set to teach journalism at a university.

The University of Northampton has announced the appointment of Marverine Cole – who has hosted news bulletins and current affairs programmes for Sky News, 5 News, ITN and the BBC – as a lecturer.

Over the course of her career Marverine has also produced radio documentaries for BBC 1Xtra, 5 Live and BBC Radio 4.

She is also a beer sommelier, accredited by the UK Beer Academy, and has appeared as an expert on the drink on programmes including like ITV’s This Morning, The Alan Titchmarsh Show, and BBC 2’s The Great British Food Revival.

Said Marverine: “I’m delighted to join the University of Northampton at such an exciting time. It has a well-earned reputation for high student satisfaction, having recently gained a TEF Gold Award and on the verge of making a move to a brand new campus in 2018.

“I’ve worked in the media industry for almost 25 years, now, 14 of those as a Journalist and Television Newsreader. Journalism as an industry is changing so fast that we can hardly keep up.

“I’m really enjoying preparing our students to be storytellers in this fascinating multi-media world.”

Matt Walsh, subject leader in Journalism, Media and Performance, said: “I’m delighted Marverine has joined the team at the University of Northampton.

“Our students will hugely benefit from learning with such an experienced journalist, film-maker and presenter. And we’ll all be looking forward to learning more about beer too.”