A town that was served by two dedicated weeklies until last year will have none from next week after a regional publisher decided to close its free newspaper there.

Trinity Mirror has announced this week’s edition of the Beverley Advertiser will be the last following a commercial review of its print titles.

The Advertiser was the only title remaining in Beverley after Johnston Press closed the Beverley Guardian in September 2016.

No jobs are affected by the Advertiser’s closure, and Trinity Mirror title the Hull Daily Mail will retain an office in the Yorkshire town. 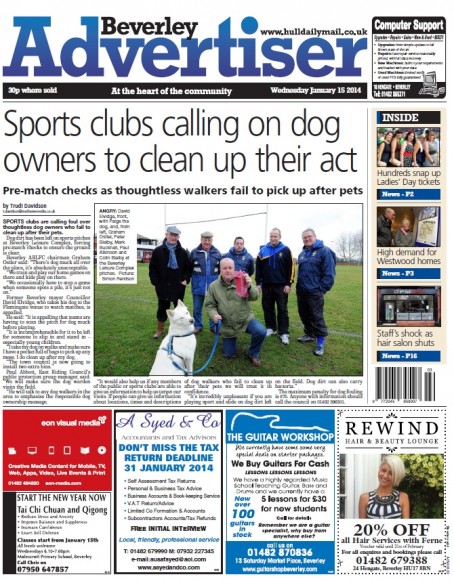 TM regional managing director Mike Pennington said: “It is always disappointing when any paper closes but it was no longer commercially viable as commercial support from the local market place fell away in recent years.

“These titles were of a time and times have changed and so must we.

“We will still serve the area with Yorkshire’s biggest-selling newspaper the Hull Daily Mail – which has its own East Riding edition – the hulldailymail.co.uk that also has the biggest online audience in the county and has a dedicated channel for Beverley and our monthly glossy Journal magazine.”

Following the announcement of the Advertiser’s closure, radio station Beverley FM has revealed it is set to increase its news output.

“Going forward, we also have plans to unveil a new-look website which will feature local news more prominently. Alongside out local programming feature regular interviews with local people and organisations we believe we are very much the go-to medium for true local coverage.”