Sister dailies launch bid to save 300-year-old naval base

Two sister dailies are bidding to save a 300-year-old naval base on its patch.

The Western Morning News and Plymouth Herald have launched the campaign to keep the Devonport Naval Base going as the government considers axing Royal Navy warships, as well as up to 1,000 Royal Marines.

The WMN and Herald are urging the people of Plymouth to ‘Fly the Flag for Devonport’ in a bid to show support for the base.

Devonport-based HMS Ocean, the current Royal Navy flagship, is due to be decommissioned early next year and the dailies say it is feared that Plymouth could be left with few frontline warships in years to come. 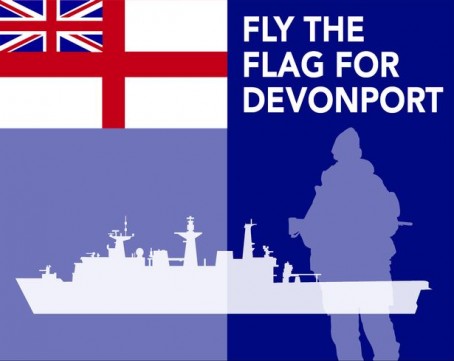 Last month it was also revealed that Plymouth’s amphibious assault ships HMS Albion and HMS Bulwark could also be scrapped.

From 2020, Royal Navy submarines currently based at Devonport will be relocated to Scotland, dwindling Plymouth’s fleet even further.

Bill Martin, editor in chief of The Herald and Western Morning News, said: “The naval base has been integral to the regional economy and we feel the threat to cut HMS Albion and Bulwark as well as 1,000 Royal Marines will put its future in serious jeopardy.

“Plymouth has been a centre of excellence for our nation’s amphibious forces for many years and these proposals would destroy that – as well as threaten Britain’s capability to be a force for good in the world.

“The people of Plymouth and the region have joined us before in highlighting what an asset to the country Devonport is – and we urge them to do so again.”