Rival editors appear on daily’s list of most influential people

A daily newspaper has named the editors of two rival publications on a list of the most influential people in the region it serves.

The Journal, Newcastle, has named Andy Richardson, editor of the Newsquest-owned Northern Echo, and Johnston Press North East editorial director Joy Yates on the list, which features people “who have a key role to play in shaping” the North-East of England.

In terms of TM’s own staff, North East editor-in-chief Darren Thwaites appeared, as did Helen Dalby, editor of its Chronicle Live online arm, and Chris Styles, editor of sister daily the Teesside Gazette. 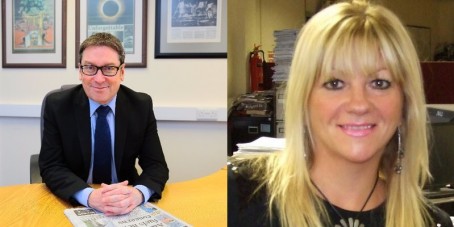 Andy Richardson and Joy Yates feature on the list

In a piece introducing this year’s edition, business editor Graeme Whitfield wrote: “Our list covers a range of sectors, from politics to business, sport to the media. There are representatives from the region’s cultural and food scenes, from the community and voluntary sectors and from all corners of public life.

“It contains some people who are never out of the news and others who do most of their work very much behind the scenes.

“Most people are included primarily because of their main job, but we are also looking for people who make a difference to North East life – and hopefully a positive difference – both in professional and community life.”