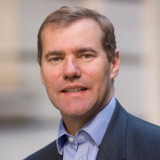 The scheme, which follows a year-long pilot project, offers the low-cost access to justice recommended by Sir Brian Leveson in his report on the press.

However regional publishers have appeared to shun the scheme, which would cost claimants as little as £100 but could cost publishers up to £50,000 in aggravated damages.

Although all the leading national titles have signed up to the scheme, it is understood that regional publishers had decided there would be “little benefit” from their titles taking part.

The cost for claimants using the scheme has been cut from £300 to a maximum of £100, split into a £50 fee at the start and a further £50 if the case goes to final ruling.

Publishers would fund the rest of the administration cost and all of the arbitrators’ fees, said Ipso, the Independent Press Standards Organisation.

The scheme also includes new protections for members of the public representing themselves, to ensure that they are protected from having to pay large legal costs to publishers, even if they lose a case;

And there will be a new power for arbitrators to require publishers to pay aggravated damages to a successful claimant, within the overall cap of £50,000;

The Ipso arbitration scheme is a method of dispute resolution intended to provide a cost-effective, straightforward and quick method of solving legal disputes between claimants and participating members of the press for cases of defamation, misuse of private information, breach of confidence, malicious falsehood, harassment and data protection breaches.

It is designed as an alternative to legal action and does not replace the regulatory complaints handling service which Ipso operates under the Editors’ Code of Practice, which remains free and available to all.

Ipso chief executive Matt Tee, pictured, said: “A key theme of the Leveson report was access to justice for those who cannot go to court. The new Ipso scheme means that anyone can bring a claim against a newspaper for a fee of £50.

“Access to low-cost arbitration is an important part of the service we offer to the public and I’m pleased that we have been able to reduce the up-front cost of arbitration for a claimant to just £50.

“In fact, even if the hearing proceeds to final ruling, the maximum it will cost a member of the public is £100, thus making the Ipso scheme fully Leveson-compliant.”

“The culture select committee called for Ipso to offer low-cost arbitration in its response to the DCMS consultation on Section 40. We have listened and acted.”

The Press Association has also signed up, as have the Conde Nast UK portfolio of magazines (including GQ, Tatler and Vogue), and magazines published by Northern and Shell (New!, OK!, and Star).