A regional publisher has launched a city news website in the heart of a rival company’s patch.

The site will be overseen by Wayne Ankers, editor of the Huddersfield Daily Examiner and Ed Walker, editor (digital) for Trinity Mirror Regionals.

They will be supported by a five-strong team of journalists who have all been recruited from other Trinity Mirror titles. 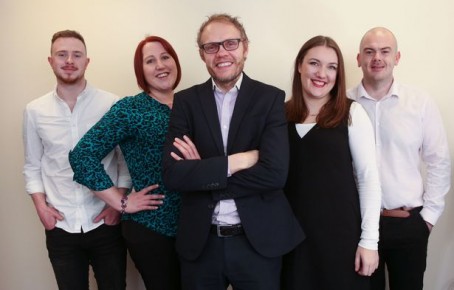 They are Samantha Gildea, who joins from the Examiner where she was digital development editor, Todd Fitzgerald, who was a political reporter at the Manchester Evening News, Laura Hill, from Newcastle daily The Chronicle, and Dion Jones, head of audience engagement and social media for the North Wales Daily Post.

In a piece announcing the site’s launch, Ed wrote: “We’ll be bringing you the latest developments and incidents which affect you, living or working in Leeds city centre. Across our live news channels you’ll be kept in the know about what’s happening in our great city.

“Leeds Live will be using the latest digital storytelling techniques to bring you all the news you expect, as well as challenging you to see it – and Leeds – in a different way.

“Our team of five journalists will be telling the stories that need telling in Leeds and also ensuring you have a way to get your voice heard.

“We won’t be afraid to tackle the issues in Leeds which need highlighting – as well as supporting and championing everything that we know is great about our city.”

TM has previously launched city news sites under the ‘Live’ brand in Belfast, Dublin and Glasgow, while the online arm of the Birmingham Mail is set to rebrand as ‘Birmingham Live’ with a separate editorial team in the near future.

The Leeds Live team are based at the Open Data Institute in Munro House, Duke Street, Leeds.

Ed added: “One thing we’re passionate about is Leeds United. We’ll have all the latest from Elland Road and bringing you it straight into your social feeds from the first whistle.

“We’ll ensure you know the best in Leeds too, there’s some great sites which keep you informed about what’s on but where is the place to spend your hard-earned money on that meal out? The place to take the family when they are visiting for the weekend?

“Leeds Live is here to start conversations, get you talking and connect you to the people and issues in the city.”