Examiners lamented a lack of newsroom sub-editors and criticised “poor spelling and shorthand” following the latest set of National Qualification in Journalism exams.

Despite the record-equalling performance from NQJ candidates last month, National Council for the Training of Journalists moderators highlighted the issues in their report of the exams.

Other criticisms picked up on by the moderators included “a lack of understanding of how cats breed”, while one in seven of the 63 candidates mis-spelled fleas as “flees” in the news report paper.

However, the e-logbook submissions, which all received passes, were described as “strong”, while the media law and practice examiners added the “knowledge and application displayed by most candidates was good and should give their editors confidence”. 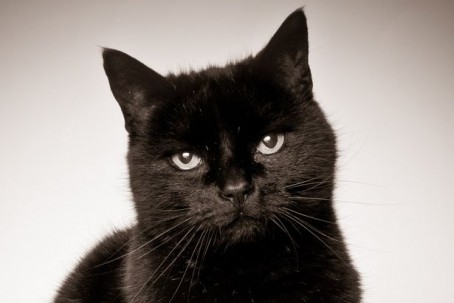 “Poor understanding of how cats breed” was among the issues highlighted

Here is a summary of the report on how the candidates performed in each section.

Candidates were tested on possible defamation defences including truth and public interest, as well as privacy, the fair dealing defence in copyright and contempt.

One question was based on a real-life scenario regarding the unfairness of school rules on uniforms, and a separate IPSO ruling (Lightfoot v Leicester Mercury) about lifting a child’s comments from a social media site without obtaining permission.

The moderators said: “Examiners recommend that future candidates return to the latest edition of Essential Law for Journalists to brush up on defamation and contempt dangers and defences and court reporting restrictions, plus case studies.

“Regular visits to the IPSO adjudications and the Editors’ Code Book, along with the Judicial Studies Board’s Reporting Restrictions in the Criminal Courts, would also be helpful. Those candidates who do not attend an NQJ refresher are put at a great disadvantage.”

The story was about a pensioner whose cats bred so uncontrollably that he shut them away in his attic, and the examiners said they were left “disappointed” by poor shorthand and spelling, plus a lack of understanding of how cats breed, with transcription errors including flies/fleas, mess/noise and infested/infected.

The moderators said: “These errors changed the meaning of the story and cost valuable marks. A number of candidates overlooked the neutering aspect of the story – that all the cats and kittens would be neutered as soon as they were old enough and then re-homed, apart from the original two which would then be returned to their owner.

“Candidates who said all 49 cats would be re-homed missed the point that the owner would be getting his pair back. Too many of the stories would have needed careful subbing in a world where journalists no longer have the benefit of a sub-editor’s second eye on their work.

“Shorthand is clearly an issue in today’s newsrooms. The 100wpm gold standard is an absolute minimum for news journalists and needs to be maintained so that journalists can take down an accurate record of what has been said – and be able to transcribe it verbatim. The news report exam speech varies between 90 and 120wpm and it is clear that a large number of the November sitters did not have adequate shorthand.”

The story, about an accident when a young man was shot during a shooting day at a country estate, tested candidates’ skills at interpreting a scenario where they may not understand the procedures and shooting terms.

Candidates who passed were described as having a “readable writing style, caught the drama and had strong quotes”, while “silly, sloppy errors” from others included the misspelling of ‘Maurice’ and inaccurate quotes.

The moderators said: “There was drama and good colour from the actual shooting with the victim drifting in and out of consciousness as the gamekeeper used his scarf to stem the blood. There was a description of his horrific injuries and how surgeons said the next 24 hours were critical. There were lots of good quotes; from his father, from Lord Wentworth the estate owner, and from the police officer.

“Candidates were given the safety code of the British Association for Shooting and Conservation for guidance about the use of firearms. It was pleasing to see that the majority of candidates did grasp the facts and produced a good, readable story. However, despite the chance of a good intro – father sees his son shot etc – many went for the straightforward: ‘A man is fighting for his life…'”

The November exam provided markers with a number of strong submissions and there were no major issues present in terms of the key tasks submitted.

The moderators said: “While we have recently amended the marking system regarding the uploading of original copy and cuttings, an issue still persists for some who do not check their logbooks thoroughly.

“Candidates can maximise their marks on their logbook by simply undertaking a double-check on all copy which has been uploaded and also seek a second opinion if they are unsure.

“We would advise all those undertaking the logbook to make sure that if they are unsure of anything, then in the first instance they should seek help from their editor or trainer, or contact the NCTJ and we will be happy to give advice ahead of submitting for marking.”