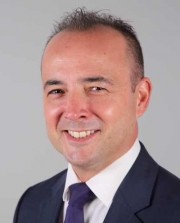 A regional publishing boss has hailed the success of his company’s newly-qualified senior reporters – saying their results prove it has “the best journalists in the industry.”

Of those 49, the 24 successful Newsquest candidates represented almost half the total.

Said Toby: “I always thought we had the best journalists in the industry – and results like these prove it.

“Our focus on having the best-trained fully-qualified reporters means that when it comes to trusted news there is no better place to turn to than your local Newsquest newspapers and websites.”

A total of 28 Newsquest journalists sat the exams, giving the company an overall pass rate of 86pc – compared to the record-equalling 78pc national pass-rate.

As reported on HTFP yesterday, Ellis Whitehouse, of Newsquest weekly the Maldon & Burnham Standard, was awarded the prize for best performance in the media law and practice exam.