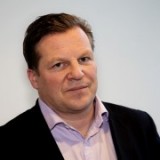 A formal demand for shareholders to consider a boardroom switch at Johnston Press is “invalid”, according to the company.

The regional publisher says a requisition notice it received from Custos Group calling for an extraordinary general meeting on Monday does not stand.

But a statement issued by JP today reads: “The board of Johnston Press announces it has been advised that the requisition notice received on 6 November 2017 by the company from Custos Group AS is invalid and it has informed Custos accordingly.

“In the event that the board receives a valid requisition request, the board will put the proposed resolution(s) to shareholders.”

Christen has previously attacked JP chief executive Ashley Highfield on Twitter, accusing him of “abuse of power” by “using JP and its proud titles to fight personal battles”.

Ashley, who has run the company since 2011, faces the loss of his job if the coup succeeds, with Christen previously telling HTFP he sees Steve as his potential successor.

In a Twitter post accompanied by a photograph of Ashley this morning, Christen wrote: “To JPR board: Obstruction and shareholder ignorance. The inevitable will always happen. You can’t block the summer turning in to autumn.”

To JPR board: Obstruction and shareholder ignorance. The inevitable will always happen. You can’t block the summer turning in to autumn/C pic.twitter.com/406zMTkgq5

Christen told HTFP: “Winter is coming, and the board of Johnston are still sunbathing, sipping pina coladas and tripping over their flip-flops on the beach.”