A regional daily journalist and RAF reservist won an obstacle course in aid of the Poppy Appeal on his newspaper’s patch.

The course saw runners scale hay bales, wade through mud and cross a section of the River Usk before going through woodland.

The 243 runners and 90 cadets taking part were commemorating the centenary of the Battle of Passchendaele in 1917. 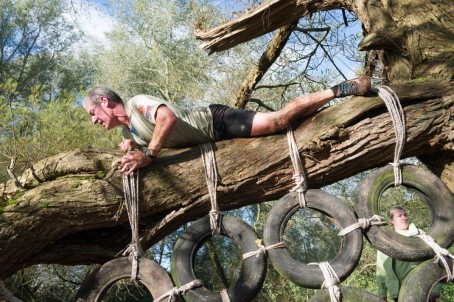 Martin during the race

Martin finished narrowly ahead of Anthony Cook, an ex-military serviceman in the Royal Welsh First Battalion.

He praised his competitor for helping him over the obstacles and said he “enjoyed the challenges of the course”, adding the event was “about camaraderie and helping each other”.

Last year’s event raised nearly £3,500, with this year’s total expected to be even higher with the increased turn-out.