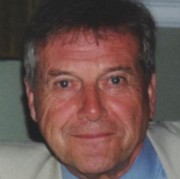 former WW2 commando who went on to become deputy editor of a regional daily has died aged 90.

Stan Oliver, left, served in the Royal Marines before joining Northern Press, the former publishers of the Shields Gazette. just after the end of the Second World War.

Starting out as a reporter on now defunct sister title the Blyth News, he moved to the Gazette and subsequently rose to be deputy editor.

He also served as acting editor of the paper for a time before finally retiring in the 1980s.

Colleagues who remembered him described Stan as “a newspaperman to his bones” who was an “exacting but effective mentor” for young journalists.

Stan, who lived at Harton, had been in ill-health for some time.

Born in Gosforth, his family moved to South Shields where his father, Charles Oliver, had an accountancy business.

His father was on the local council and his parents served as Mayor and Mayoress of the town between 1951 and 1952.

Retired Gazette features writer Janis Blower said: “Stan was a newspaperman to his bones and cared passionately about the paper and about the role of the local press in the community.

“He had very high standards and, as such, was an exacting but effective mentor for young journalists who, as they progressed, also came to know him as a supportive colleague and staunch friend.

“He never lost interest in the job. After his retirement he continued to channel stories to the paper and always followed it closely.

“He’ll be remembered with great affection and respect by many.”

His funeral service will be held at South Shields Crematorium on Tuesday, December 12, at 3.30pm and afterwards at the Sea Hotel.