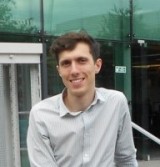 A weekly newspaper editor has criticised an “outrageous” police decision not to release a jailed paedophile’s mugshot – as well as trying to stop his victim’s family from talking to journalists.

Ramzy Alwakeel, left, who edits the Islington Gazette, has hit out at the Metropolitan Police for failing to provide the paper with a photograph of Robert Wootton, caged for 11 years for the attempted rape and sexual assault of a child under 13.

Despite the victim’s family’s wishes for Wootton’s photo to be published, the Met has withheld it from the Gazette in a move which Ramzy described as “totally inappropriate”.

He says a Met officer also tried to persuade the victim’s family not to talk to the press – even though they had contacted the Gazette themselves.

In an editorial, Ramzy wrote: “The battle we faced to obtain a police photo of convicted paedophile Robert Wootton is outrageous.

“So too is the fact a police officer tried to convince the family of the victim that they shouldn’t speak to the press – even though they were the ones who contacted us in the first place.

“When Scotland Yard is happy to release mugshots of shoplifters who realistically pose no risk to anyone, for it to withhold a photo of a sex offender – who may well have other victims who could end up coming forward after seeing him in the paper – is totally inappropriate.

“The police should be working with the press, not against us, in upholding the principle of open justice, and in – surely – respecting the wishes of victims and their families, not to mention trying to track down anyone else this man preyed on.”

Wootton, 26, was also convicted of engaging a minor in sexual activity, and he further admitted making indecent or pseudo photographs of a child.

The victim’s father told the Gazette he believes the pervert may also have preyed on others.

Ramzy added: “We should do everything we can to hold the perpetrators of these crimes to account. That doesn’t just mean turning the key and forgetting about them: it means finding out who else they preyed on and letting those people know justice matters for them, too.

“Newspapers have been their own worst enemy, and Leveson has sown a legitimate distrust of the media in the minds of many – including the police, some of whose colleagues compromised their own integrity by selling information.

“But let’s not throw the baby out with the bathwater: trying to shut down stories like this one is not sticking it to anyone but the victims.”

The Metropolitan Police said the Gazette had request the image on 9 October, six weeks after the sentencing had taken place, adding safeguarding procedures put in place for release of images following sexual offence cases that may further delay or prevent the release of the image.

The force added it is awaiting a final decision on the matter by an officer of Superintendent rank.