It’s been another busy year of takeovers, closures and departures, mixed with new roles, launches and awards. 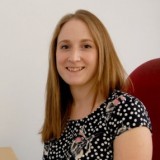 My number one regional hero of 2017 is Sarah Cox, the outgoing editor of the Bedfordshire on Sunday, who attacked her own publishers’ “bean counters” in her farewell column.

Sarah, pictured left, first showed her fury on Twitter when Trinity Mirror announced it was replacing her famous Sunday title with a midweek newspaper, describing the decision as “unfathomable”.

She was keen to explain in more detail how she felt her bosses were wrong in an opinion column in the penultimate print edition of the BoS.

And even when the powers-that-be removed certain paragraphs, Sarah had the last say by publishing a screenshot of the full version on her Twitter page.

“In a world where bean counters are king,” Sarah scathingly wrote, “caring passionately for your product is just not enough, even if it is making money (you could always be making more).”

She added: “Losing a newspaper which is not afraid to be hated, ruffle feathers or annoy advertisers comes at a high price for us all. Grenfell should have taught us that.”

Number two on my Christmas list of regional heroes is Emma Youle, the Archant Investigations Unit reporter who won The Paul Foot Award for investigative or campaigning journalism.

Our industry has countless awards, but Emma’s stood out because of how she beat several high-profile national competitors.

Her report on the homelessness scandal in Hackney, published in the Hackney Gazette, was based on a combination of Freedom of Information requests, undercover reporting, witness testimonies and digging through official records.

As Private Eye editor Ian Hislop said: “Emma Youle has been making news, making trouble and making a difference. What more could you ask?”

Coming in at third, fourth and fifth on my list are three respected industry leaders who left their positions after outstanding tenures.

Perry Austin-Clarke was the regional press industry’s longest-serving daily editor of modern times, until he bowed out after nearly a quarter of a century earlier this year.

To put that into context, Perry became editor of the Bradford Telegraph & Argus in 1992 – when I was still seeking to pass my NCTJ Proficiency Test.

Hats off to Perry, who should be commissioned to write a book on the changes he’s witnessed at such close hand in his senior position.

Another departing editor who makes this blog’s hero status is Barrie Jones, who spent 32 years at NWN Media until its takeover by Newsquest this year.

What I like about Barrie is his loyalty to his region: he started at what was then the weekly Wrexham Leader in 1983, and has edited daily title The Leader since 2005. Sadly, I predict his departure could be an early sign of a major culling by NWN’s new owners.

Bob Satchwell’s sterling efforts over the years make him another deserving hero on my 2017 list. Bob started as a reporter on the Lancashire Evening Post in 1970, went on to become assistant editor for the News of the World, and then edited the Cambridge Evening News from 1984 to 1998.

He then worked tirelessly as executive director of the Society of Editors, fighting the corner for the freedom of the press for 18 years, before stepping down due to ill health earlier this year. Get well soon, Bob.

Sixth on my heroes list is an editor who has reversed his departure from the regional press by helping to launch a new weekly on his old patch.

Paul Winspear edited the Herts & Essex Observer for ten years before Trinity Mirror made him redundant in July 2016 – a month before the newspaper’s Bishop’s Stortford office was closed.

Despite the bad news, Paul made us all chuckle at the time with his light-hearted listicle on how to depart your job with ignominy.

Another ex-editor back in the chair is Tim Dixon, who edited the Western Daily Press from 2010 to 2014 before moving aside in what was then a Local World company reshuffle.

Now he’s heading up editorial operations for Truro FC chairman and West Country publisher Peter Masters, who rescued the Liskeard-based Sunday Independent and the ‘View From’ series in Dorset. Tim’s determination to carry on leading local titles in his area makes him my seventh hero this year.

Not all investigations win national awards, of course, and I wanted to highlight the reporter behind a scoop that deserves a second glance as my eighth regional hero of 2018.

Gordon Blackstock, of the Dundee-based Sunday Post, used his initiative to resource the painstaking work to reveal how more than 400 orphans had been buried in a mass grave.

He contacted an old colleague now at the BBC and managed to persuade Auntie to provide extra staffing to help name 402 children who died at Smyllum Park Orphanage, in Lanark, sifting through 15,000 documents dating from 1864 to 1981 to find their identities.

Yes, it’s unusual for Dyson at Large to have a broadcast hero – until you remember that David is the main man behind the BBC-funded ‘local democracy reporters’ joining the regional press.

It’s a welcome investment, but as well as sending David this hero-gramme I’d urge him to spend his final few months at the Beeb ensuring that these new journalists stand alone as extra resource.

Because if the big publishers who’ve been given the vast majority of these reporters use them as an excuse to cut other staff, the BBC would simply end up subsidising the profits of commercial companies, which was not the original intention.

Northern Echo reporter Katie MacFarlane makes number ten on my list for showing how local reporters can change small things for the better in their communities.

Katie had learned how an Army veteran had been forced to sleep, wash and use a commode in her living room for four weeks because a company had failed to fix her stairlift.

The resulting story made a splash in the Echo under the headline: ‘Held to ransom’ stairlift wrangle, with the overline reading: Disabled Army veteran tells of repair row anguish, and needless to say the company quickly agreed to repair the stairlift.

A journalist who still writes sparkling copy after 60 years with the same publisher is my 11th hero of 2017.

Shirley Tart began on the Wellington Journal & Shrewsbury News in 1957, aged 16, and was among the founding staff for the Shropshire Star – serving as the newspaper’s first women’s editor in 1964.

Now 76, Shirley has worked for 12 editors in her time with Midlands News Association, and is still beavering away as royal correspondent for the Star and sister daily the Wolverhampton Express & Star.

This blog’s twelfth hero spot goes to Martin Smith, former multi-media editor at the Coventry Telegraph until Cystic Fibrosis forced him to leave his job.

Despite his condition, Martin has gone on to write a series of best-selling children’s books about an 11-year-old boy with Cystic Fibrosis.

And now he’s fronting a national Christmas campaign to raise awareness of Cystic Fibrosis, appearing in a video with his five-year-old daughter Emily. It’s a touching story, and is sure to drive people to find out more about the Cystic Fibrosis Trust.

Those are the 12 people who’ve caught my attention in the last 12 months, but what about you? Who are your heroes of 2017?