Dyson at Large: Need for speed should never trump accuracy 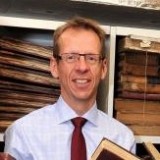 It was only a ten-word sentence, but it was enough to shake me out of my train-travelling slumber last week.

“Wise words on need to speed up response in newsrooms,” tweeted @johnwilsonWN, also known as John Wilson, editor of Newsquest’s weekly titles and online sites in Gloucestershire and Herefordshire.

John, pictured left, then used an image of the words he was referring to, taken from a report of an interview with Lou Brancaccio, the editor emeritus of The Columbian, a daily paper in Vancouver, Washington.

“In many cases, Brancaccio argued, the paper does have the story, but the reporter is waiting until it is complete before publishing. “That’s old-school thinking,” he said, leading him—and others—to encourage reporters to publish online when a story breaks, fleshing it out as further details emerge. For many journalists that’s a radically different approach from the way they have previously worked. But Brancaccio believes it’s necessary for many outlets in this day and age. “The odds are somebody else has it,” he said, “and if you don’t get it up first, somebody else will.”

“And that’s the way embarrassing mistakes are made,” responded @cotslifeeditor, aka Mike Lowe, the editor of Cotswold Life, and former editor of the Bristol Evening Post, Derby Telegraph and The Citizen in Gloucester.

Even more lucid was @janerockhouse, aka Jane Haynes – a journalist and news editor with years of experience on the Wolverhampton Express & Star, Shropshire Star, Nottingham Post and South Wales Evening Post.

She said: “Mmmm. But there’s no mention here of why journos often wait – in my experience it’s to meet twin demands of verification and balance. Quest for quick should never trump accuracy.”

The ensuing newsroom-style debate was worth following, with John replying: “From your office you hear a large explosion and plume of smoke rising just a few streets away. What do you do?”

“See Manchester Arena attack for perfect [example] of news teams that did it right and those that spread misinformation [and] fake news. Our duty is to be right not first.”

John, of course, didn’t mean that, but repeated his call for speedy responses: “Who said anything about speculating? The point is that the story needs to go live, sentence by sentence as it develops, not when the reporter has assembled all the elements of the story as they would for print.”

But this didn’t convince Jane: “I also worry that a ‘publish fast, verify later’ approach becomes the norm… gives journos excuse to publish one-sided, biased or inaccurate story on grounds they’ll get round to publishing balance at some later stage. Do you think that’s good journalism?”

My views – tweeted on the same above trails – are somewhere in between: yes, file a breaking paragraph with caveats saying it’s to be confirmed, ‘early reports suggest’ and so on. But no unchecked rumour-spreading, surely?

John agreed, but still persisted: “But that’s not the same as doing nothing until you have every loose end tied up.”

And he’s got a point, hasn’t he? Breaking news rules in 2017, (as it has since news agencies rushed to wire breaking news across telegraph ticker tapes at the end of the 19th century).

The above-quoted Lou Brancaccio interview, by the way, is one of many in a 24,000-word study published by the Columbia Journalism Review, called: ‘New research: Small-market newspapers in the digital age’.

It’s strange how ten words from a local UK editor can lead to an entire afternoon’s reading of an in-depth, fascinating analysis of regional newspapers in the USA.

But back to John’s (and Lou’s) main point about newsrooms needing to speed up their responses: my view is that fast facts should ideally be double-sourced.

And if they are unchecked rumours from single sources, they should remain heavily caveated at the least, and untouched if doubted.

Or else real journalism will be indistinguishable from the widespread empty vessels that exist online. What do you think?