A double weather drama prompted an online spike in traffic for the regional press on Monday.

Coverage of Storm Ophelia coupled with the “red sun” phenomenon across many parts of the country saw  page views increase by a third across Trinity Mirror’s regional websites, with video views up by 50pc when compared with the previous Monday.

In the Republic of Ireland, TM’s Dublin Live website had a record day as it provided comprehensive coverage of the deadly storm itself.

When combined with Belfast Live, page views increased by more than 450pc on the previous Monday. 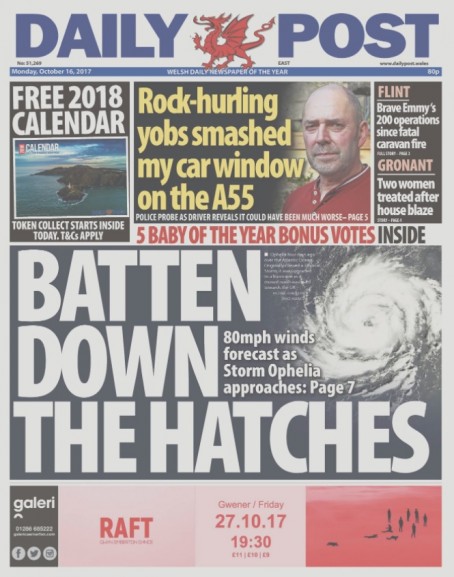 The storm also hit North Wales, and its track was covered by a live blog on the Daily Post’s site.

Editor Andy Campbell said: “Providing an up-to-the-minute live news service for our readers is a core part of what we do – particularly when big stories break. Storm Ophelia’s arrival was well heralded and forecasters were confident about its strength and timings.

“Armed with this knowledge, we planned in advance, assigning staff to key points, and started our live coverage at 7.30am – hours before the first gales struck.

“The readers responded – sharing their own experiences and staying with us well into the night as Ophelia battered North Wales. Our journalists worked above and beyond to make our coverage as engaging and useful as possible.”

The company announced a new partnership with TV station The Weather Channel in April, and was able to call on this to give readers up-to-the-minute information on the storm from qualified meteorologists, as well as what the weather had in store through a ‘weather widget’ tool.

The “red sun”, caused by the Saharan dust and fires in Portugal, prompted titles to seek out a local angle – with the Manchester Evening News explaining the phenomenon with the help of Weather Channel experts, and the Liverpool Echo examining the impact of the dust on its patch’s asthma sufferers. 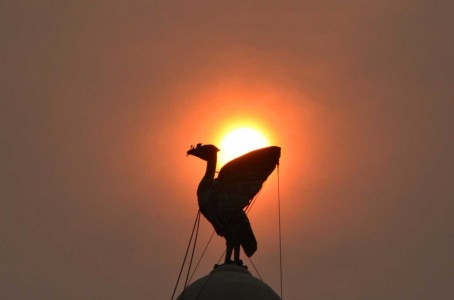 Ed Walker, editor (digital) for Trinity Mirror Regionals, said: “It’s important our regional brands are seen as the turn to place for people to understand what’s happening in the skies above them and also what warnings have been issued by emergency services and organisations such as the Met Office.

“Maintaining detailed and up-to-the minute information about their patches, like the North Wales live news service, means people know whatever the weather we will be there for them with the very latest.

“Responding to people’s questions and curiosity is a key part of what we need to do, as well as keeping the public informed of important messages regarding their safety.”

Newsquest’s digital figures were up 18pc across its network of regional websites, with notable increases in page views at the Western Telegraph, up 157pc, and the Somerset County Gazette, up 123pc, on the previous Monday.

Johnston Press chief executive Ashley Highfield also commented on the effect the weather had on websites across its regional portflio.

Posting on Twitter, he shared a picture showing the best performing online stories across JP – with all of the top 10 being weather-related.

The unusual sky also provided plenty of good content for JP titles, including the below photo taken by Dan Martino for the front page of Blackpool daily The Gazette. 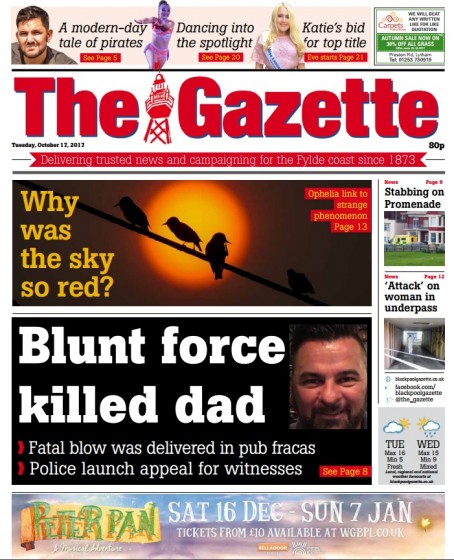