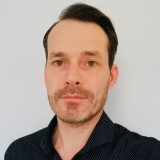 A new editor has been appointed to take charge of a regional daily and two sister weeklies in Wiltshire.

Newsquest has announced Pete Gavan, left, will take over as editor of the Swindon Advertiser following the departure of Gary Lawrence in August.

Pete is currently head of audience at Portsmouth daily The News, where he is responsible for online readership growth.

He will also have responsibility for the Wiltshire Times and Wiltshire Gazette & Herald in his new role as editor/head of content for Newsquest Wiltshire, which he begins on 2 January.

He said: “This is my first editorship and I’m delighted it’s at the helm of such an excellent group of titles.

“The area is a great patch for news and I’m very much looking forward to getting started in the New Year.”

In a message to staff announcing Pete’s appointment, Newsquest Wiltshire managing director Chris Moore said: “I am confident that Pete will add additional value to our fantastic editorial team in Wiltshire and I am sure you will all join me in wishing him well in his new role as we welcome him into our business.”

Prior to his departure, Gary had been responsible for both the Oxford Mail and the Advertiser in his role as regional editor for Oxfordshire and Wiltshire.

Newsquest has yet to confirm when a new permanent editor will be appointed in Oxford.