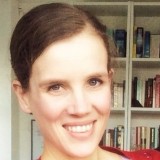 Twitter’s new 280-character limit has the potential to be a “very significant change” in how journalists engage with readers, according to a regional publisher’s digital chief.

Karyn Fleeting, left, head of audience engagement at Trinity Mirror Regionals, says the company’s journalists are being encouraged to experiment with the new format on the social network.

However, she has also warned newspapers and journalists may face increased competition for screen space on the website as a result of the switch.

The move by Twitter follows a trial among a small group of users which allowed them to expand beyond the traditional 140 character limit.

Asked whether it had led to a change in guidance on how TM staff should use the site, Karyn told HTFP: “I’m certain that we will down the line but right now, because it’s early days and such a landmark change for Twitter, we’re encouraging journalists to experiment.

“It has the potential to be a very significant change in how they go about engaging with their Twitter followers.

“Looking at what other publishers on Twitter have started doing, football clubs in particular seem to be having a lot of fun with this but one wonders if there is a way we can use it more meaningfully.”

She added: “One potential challenge is, with screen real estate so limited, particularly on mobile where more of our readership is coming from now, whether this increased competition for screen space will make Twitter more of a challenge in terms of reaching our audience.

“I think it’s good to have a shake-up of things on Twitter, it’s been the same way for a long time now.”

Other regional press figures have been less optimistic in sharing their reaction to the switch, marking posts with the hashtag #280characters.