A journalist who spent almost 40 years with a regional daily and rose to become its deputy news editor has died aged 72.

Tributes have been paid to Alan Calvert, described in his former newspaper the Bolton News as a “fierce supporter of local journalism”.

Alan began his career as a reporter at the News in May 1966, and remained there until his retirement in March 2005. 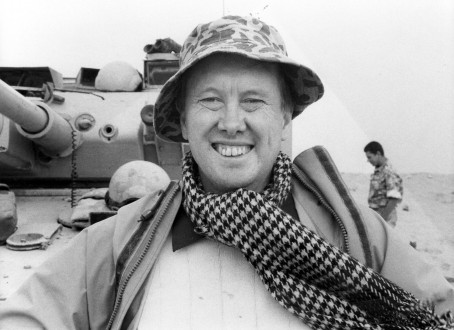 Alan Calvert reporting from Kuwait in 1991

An obituary in the News states: “One of his early duties was taking the daily temperature at noon and 2pm on the roof of the Mealhouse Lane headquarters.

“Big stories covered by Mr Calvert included the town hall fire in 1981 and reporting from the Kuwait desert in the aftermath of the first Gulf War.

Originally from Lancashire’s Fylde Coast, Alan had lived in the Bolton suburb of Harwood.