The Coventry Telegraph has topped Trinity Mirror’s online readership charts for the second month in a row.

The Midlands daily recorded a 56.3pc year-on-year increase in the number of daily average unique browsers visiting its website during September.

In September’s monthly Trinity Mirror ABCe figures, the Telegraph also scored the biggest year-on-year increase in terms of the number of likes its official Facebook page has received.

On Twitter, the Birmingham Mail recorded its eighth consecutive table-topping performance in a row, with a 38.4pc increase in the number of followers it has gained on the social network. 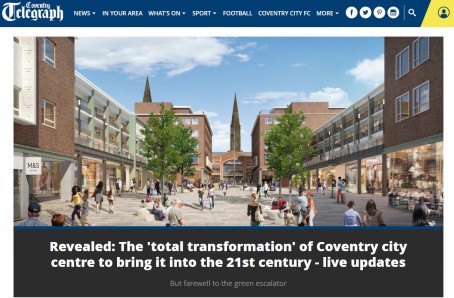