Newspaper rapped for naming medical condition which could identify youth 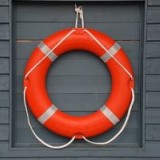 The press watchdog has rapped a regional daily for publishing details which could have identified a child who stole a buoyancy aid from a lifeboat station.

The Independent Press Standards Association has upheld a complaint against the South Wales Evening Post, ruling the newspaper’s decision to publish a pixellated photograph of the boy, and name a medical condition he had, represented a breach of his privacy.

In a complaint to IPSO, the boy’s father said his son was well known in the local community and his distinctive physical appearance and clothing meant he could be easily identified from the image, despite the pixellation of his face.

The Swansea-based Post had reported the boy, who was not named in the story, had removed a life ring from its post at a lifeboat station with two friends.

It added the lifeboat crew had issued a safety warning on Facebook urging the public not to remove emergency items, and also included a quotation from a member of the crew stating that the boy’s father had told him about the named medical condition his son suffered from.

In his complaint under Clause 1 (Accuracy), Clause 2 (Privacy), Clause 6 (Children) and Clause 12 (Discrimination) of the Editors’ Code of Practice, the father said he had provided this information to the lifeboat volunteer confidentially and in the strictest confidence, and that having the information published had had a detrimental effect on his son’s health.

He further claimed the article discriminated against his son because had pictures of all three young people involved in the incident from a CCTV still, but chose only to publish the photograph of his son due to his medical condition.

The man also said it was inaccurate to report the life ring was stolen because it had been removed from its post and thrown into the road a few feet away, before being returned 15 minutes later by a member of the public.

Denying a breach of Code, the Post said there was a public interest in publishing the article because it highlighted anti-social behaviour and the potentially serious consequences it could have for public safety, adding the photographs included in the article had been shared publicly by the lifeboat station in a Facebook post appealing for information about the identity of those involved in the incident.

It did not accept the boy was identifiable from the coverage as his face was sufficiently obscured and he was not named in the article, and that it could not have known that the features shown in the image – such as the boy’s clothing – were distinctive.

A Post journalist ad contacted the lifeboat station to discuss the incident after reading the Facebook post, and the station’s representative had made reference to the child’s medical condition.

The newspaper denied that any prejudiced or pejorative reference had been made to the complainant’s son, saying its editorial team decided to publish the reference to the child’s medical condition as they believed it explained to the reader that this was not a deliberate act of vandalism, but a genuine misunderstanding.

As a gesture of goodwill, the Post removed the article from its website and offered to write the complainant a private letter of apology for the upset that had been caused.

IPSO noted the paper’s position that it could not have known that the image included features specific to the child which meant that he could be identified, but deemed careful consideration should have been given as to whether there was sufficient justification under the Code for including details about the medical condition in the event that the child was identifiable from the information published.

In publishing this information without consent, the Committee concluded the newspaper had intruded into the child’s private life and found the public interest served by publishing the story did not outweigh this.

IPSO also noted the condition was reported on the basis that it provided context and some mitigation for the boy’s actions, but the fact this detail provided an explanation for the child’s involvement in the incident also did not justify disclosing private information about him without consent.

The complain was upheld under Clauses 2 and 6, and the full adjudication can be read here.